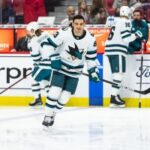 Matt Nieto moved up the standings today as he was traded by the San Jose Sharks to the Colorado Avalanche. Nieto, Merkley traded to Avalanche by Sharks https://t.co/2d35QTv3G4 — NHL.com (@NHLdotcom) January 26, 2023 https://platform.twitter.com/widgets.js Matt Nieto, Ryan Merkley Traded To Avalanche Nieto is moving to the Avalanche after 45 games with the San Jose Sharks this … END_OF_DOCUMENT_TOKEN_TO_BE_REPLACED 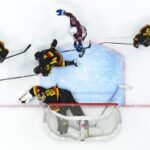 It’s time once again for another edition of NHL rumours. The rumours will come fast and furious in the upcoming weeks as we roll to the March 3 deadline. The Boston Bruins are in the driver’s seat for the President’s Trophy, but are seeking upgrades. We talked early in the week about shoring up centre depth. However, there’s also talk on beefing up the defence. One possibility … END_OF_DOCUMENT_TOKEN_TO_BE_REPLACED 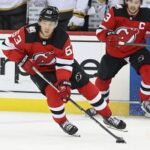 A large chunk of the rumour mill is surrounding the trade deadline. It is warranted with the number of key names on the trade block. But one aspect churning the mill is players seeking contract extensions. One is David Pastrnak, but today we focus on the rumours around New Jersey Devils Jesper Bratt. Jesper Bratt Due For A New Contract Rumour: Ryan Novozinksy from NJ.com … END_OF_DOCUMENT_TOKEN_TO_BE_REPLACED 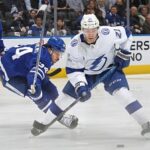 Although it’s the end of January, there appears to be one Stanley Cup Playoff matchup already set. The Boston Bruins have all but wrapped up the Atlantic Division title. And one of the Buffalo Sabres, Florida Panthers and Detroit Red Wings will likely finish fourth in the division. Then there are the Toronto Maple Leafs and the Tampa Bay Lightning battling it out for second and … END_OF_DOCUMENT_TOKEN_TO_BE_REPLACED 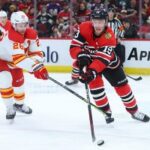 Welcome back to another day of NHL Predictions. Each day, Last Word on Hockey takes a look at the games that are happening and gives our predictions for each one, breaking down head-to-head and other factors that may play in. We also have a featured game of the day, which is considered must-watch TV. Today’s featured game for NHL Predictions is the Chicago Blackhawks vs Calgary … END_OF_DOCUMENT_TOKEN_TO_BE_REPLACED 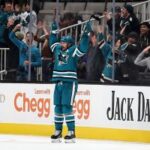 All NHL teams have now played over 41 games and the All-Star Game is coming up. That marks the unofficial midway point of the season. It’s time to handout the mid-season trophy winners. Things can change in the second half of the season but for now, these players and coaches have enjoyed a great first half.    NHL Trophy Winners At The Break  Hart Trophy – Connor McDavid, … END_OF_DOCUMENT_TOKEN_TO_BE_REPLACED 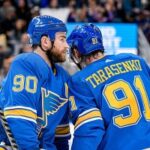 Vladimir Tarasenko and Torey Krug have been activated off injured reserve, as reported by Sportsnet, and they should provide a nice boost to the St. Louis Blues lineup, especially with Pavel Buchnevich returning to injured reserve. The Blues have a 2-3-0 record in their last five games and remain wildly inconsistent as they have all season. At a time when they are making a … END_OF_DOCUMENT_TOKEN_TO_BE_REPLACED 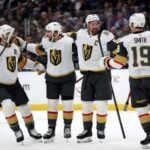 There are some players you cannot live without. The impact they make on their team is endless. It does not matter the position they play, that person is a key to their success. A huge example of this is Connor McDavid for the Edmonton Oilers. Especially this season given the historic pace he is on. But one player that leaves an impact on their team is Vegas Golden Knights Mark … END_OF_DOCUMENT_TOKEN_TO_BE_REPLACED 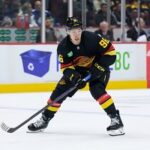