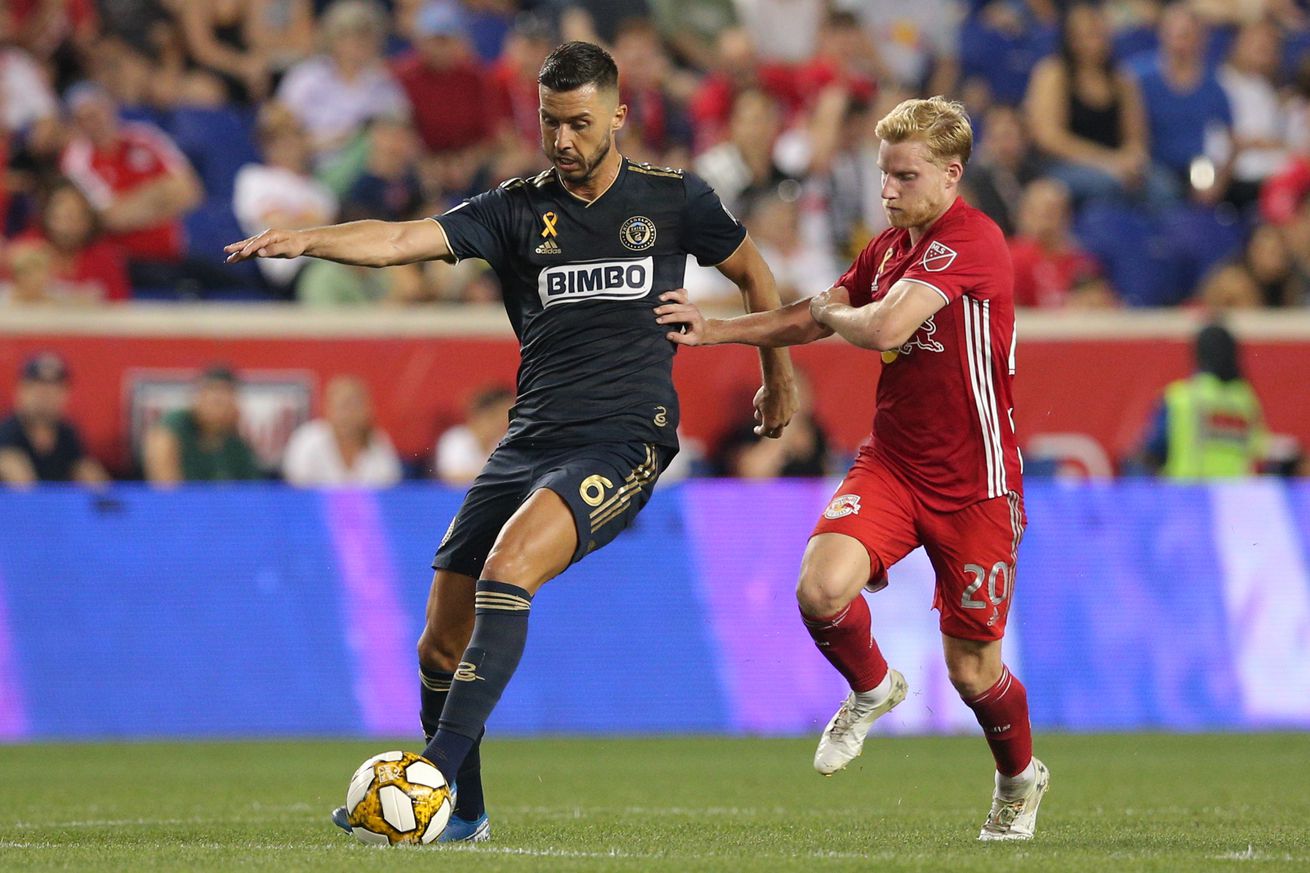 The Philadelphia Union and the Red Bulls came out in pretty much identical formation Sunday evening when the Union traveled to Red Bull Area to face rival New York Red Bulls.

In a 4-5-1 formation with a condensed midfield. Head coach Jim Curtin has been sending his team out in a similar formation for the past few weeks and has seemed to have moved away from the 4-4-2 formation that the Union was playing with for the most part of the season.

Kacper Pryzbylko started at the top of the formation, behind him was Jamiro Monteiro in the 10 position while Aaronson and Picault were positioned on either side of Jamiro. Alejandro Bedoya and Haris Medjunanin played in the defensive and holding midfield positions

This was a tough matchup for the Union and quite possibly would have turned out better for Philadelphia if it wasn’t for the goal scored in the 32nd minute by Tom Barlow. This was a rare mistake that we saw from Andre Blake. Andre attempted to either punch away or grab a cross that was sent in across the six-yard box. Instead of taking care of the cross and keeping it out of harm’s way, Andre sent it to the foot of Barlow who was waiting in front of net. This was a rare mistake, and Andre ended up having five saves by the end of the game.

After the Red Bull goal, the Red Bull immediately started to park the bus to defend against Philadelphia and do anything possible to kill time for the rest of the game. Unfortunately it worked, no matter who Jim Curtin substituted in, Ilsinho, Marco Fabian or Sergio Santos, none of the attacking players were able to get one in the net.

The Union fall to third place in the Eastern Conference and are now six points behind New York FC. Weigh in on the individual performances from last night in our Community Player Ratings Poll below.