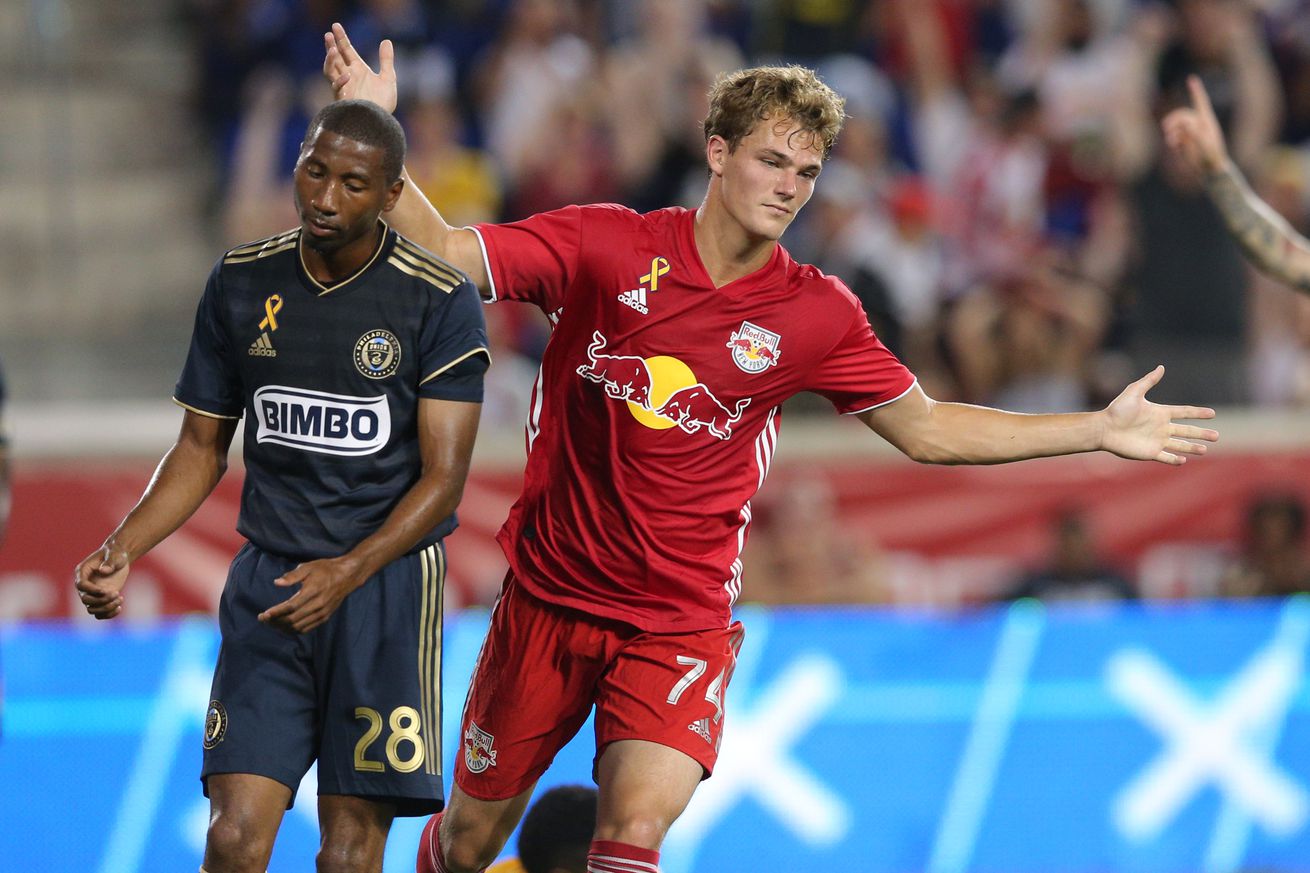 90’ Six minutes of stoppage time to find an equalizer

88’ Fabian with a lovely ball to change fields to Santos who earns a corner.

82’ Fabian tries to flick a header to Kacper off a chip from Monteiro in the box but Kacper isn’t able to get to it and it’s cleared to Santos, who has his shot blocked by Kemar Lawrence’s face. Ouch.

80’ Counter the Red Bull but the Union does well to recover and Monteiro able to knock the ball out for a throw. Red Bulls continue to look the more dangerous side with the Union in need of a goal.

75’ Mark McKenzie goes down with an injury and he’s replaced by Marco Fabian. Three at the back?

59’ Ilsinho time. He’s into the game for Fafa Picault

54’ Sergio Santos into the game for Aaronson

46’ Here we go. Forty-five minutes to get a couple goals.

Halftime: Not a great half for the Union, but they were down 1-0 at the half the last time they played and we remember what Ilsinho did in the second half.

32’ Tom Barlow gives the Red Bull the lead after Andre Blake spilled a cross right to his feet in front of the goal.

29’ Monteiro with a shot from the top of the 18 off a corner kick that freezes Robles but it misses the target.

17’ Union with a couple cracks at the goal. Monteiro took a quick free kick and played Fafa in but Fafa’s chip is stopped by Robles and Bedoya’s shot off a subsequent pass from Fafa is cleared off the line by Aaron Long.

Squad comin’ at ya & lookin’ for all three tonight

Suspended After Next Caution

*Brotherly Game has affiliate partnerships. These do not influence editorial content, though Brotherly Game and SB Nation may earn commissions for products purchased via affiliate links. For more information, see our guiding principles.