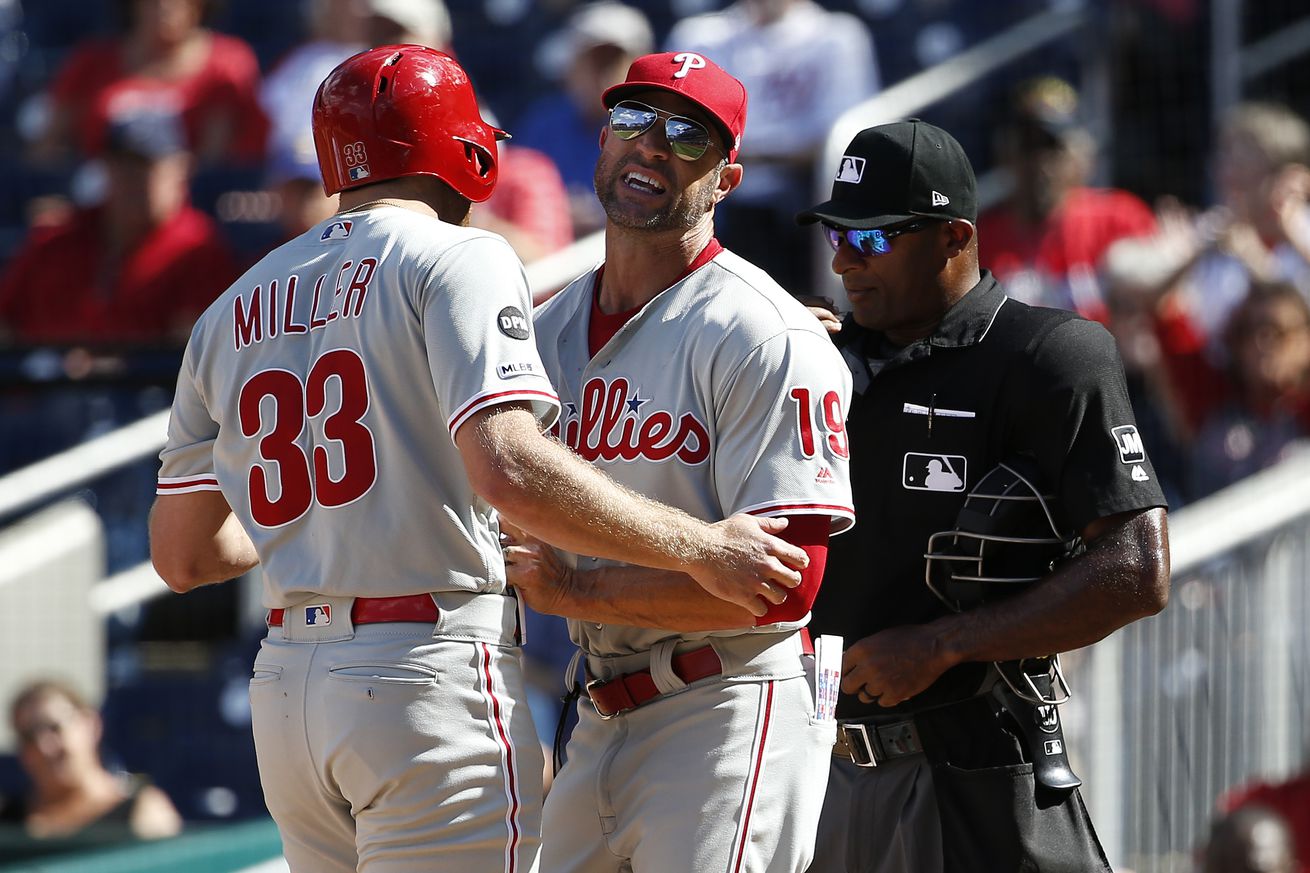 The Phillies went quietly into the late afternoon

If you were hoping that the Phillies were going to fight tooth and nail to stave off elimination…well, Tuesday afternoon was just another disappointment in a season that’s been full of them. The Phillies’ offense was lifeless, while the Nats did enough against the Phils’ array of bullpen pitchers to earn a 4-1 victory. With the loss, the Phillies have officially been eliminated from playoff contention.

For a brief second, it looked like the Phillies were actually going to put up a fight. In the first inning, they used a walk and three singles to score a run. With just one out, they seemed poised to score a few more. But a Scott Kingery strikeout and an Adam Haseley groundout ended the threat.

That was the final time the Phillies even came close to scoring. Considering the Nationals didn’t bother to use a starting pitcher in this game, the Phillies should have been able to generate some semblance of offense. Instead, they were limited to two hits after the first inning, and the Nats’ normally shaky bullpen was able to retire the final 18 batters.

The only one who seemed remotely upset about it was Brad Miller who was ejected for arguing a called strike three. Or perhaps he could see the way this game was going and just wanted to get an early start on his night.

Brad Miller has been ejected. He was hot after a borderline call on a 3-2 pitch inside was called strike 3. Gabe Kapler had to push Miller away from home plate umpire Alan Porter.

The Phillies used seven relievers to get through the game, and all things considered, they did okay. Nick Vincent was the losing pitcher, but I’m well past the point of getting upset by anything Vincent does.

In case you’re somehow missing my point, the 2019 Phillies had a lot go wrong for them. Throughout the season, they’ve dealt with injuries, underperformance, and a maddening tendency to not win games that seemed very winnable.

And if you’re the type of person who enjoys watching the Phillies regardless of their playoff hopes, I have good news for you: You’ll get another opportunity tonight when game two of the doubleheader starts at 7:05.