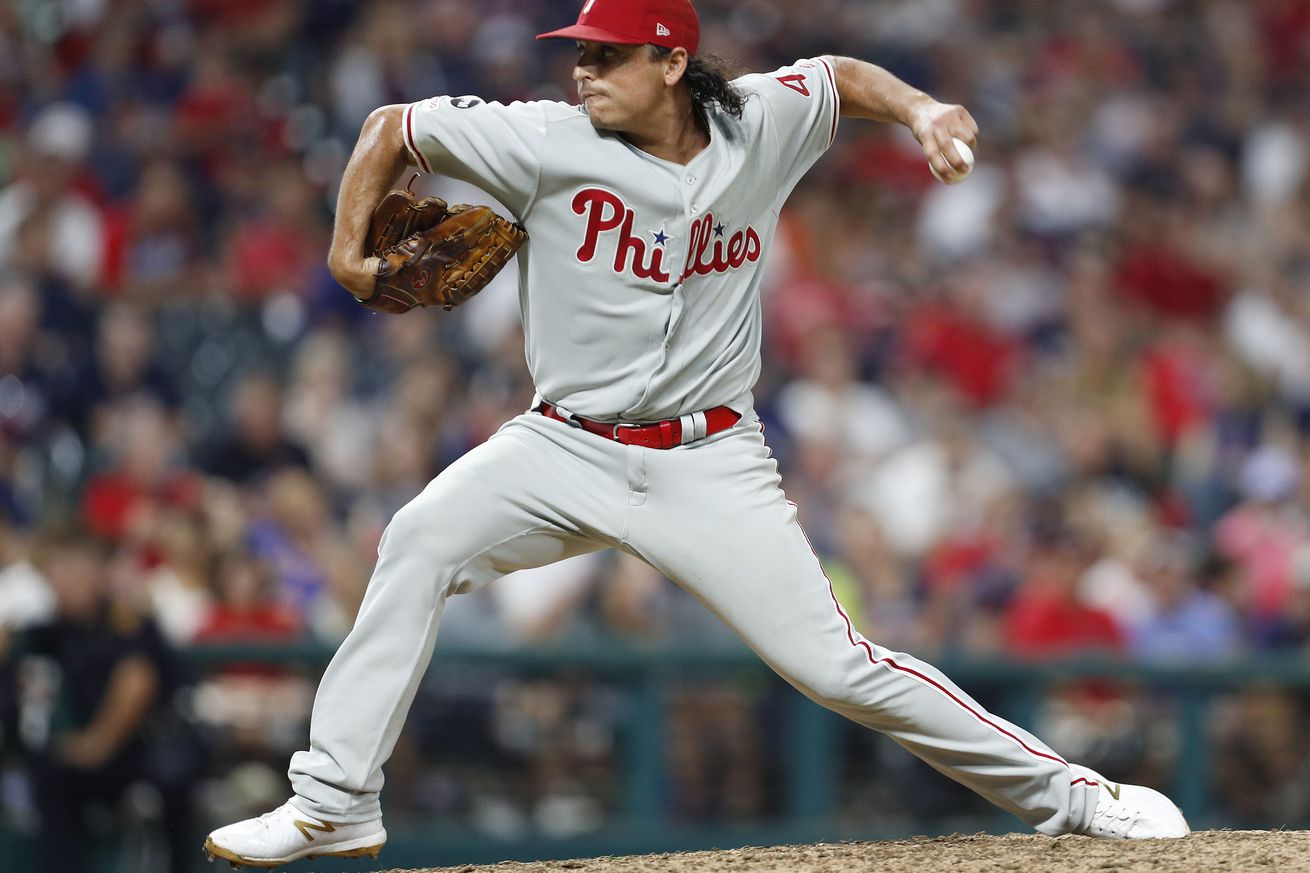 At long last, Jason Vargas is a winner | Photo by David Maxwell/Getty Images

In his tenth start with the Phillies, Jason Vargas finally earns a win

In this day and age, not too much importance is placed on a pitcher’s won-loss record. Many pitchers don’t have records that don’t accurately reflect how well they’ve pitched, and most fans and analysts place far more emphasis on other statistics. That said, it is somewhat telling that Jason Vargas made nine starts before Saturday night, and didn’t earn a win in any of them.

But the long nightmare is over. Thanks to a decent amount of run support from his offense, Vargas’ 6.2 inning/2 earned run outing was enough to earn him a win as the Phillies beat the Indians 9-4.

At the beginning of the game, it didn’t look like Saturday would be the night for Vargas to get of the schneid. Thanks in part to two errors in the first inning, the Indians took a quick 2-0 lead. Adam Haseley’s RBI double in the second cut the led to one, but Vargas gave that run (plus another) back in the bottom of the inning when he served one up to Oscar Mercado.

The game felt very “lossish” at that time, but thankfully, the Phillies’ hitters disagreed. Hitting home runs away from Citizens Bank Park hasn’t been the team’s strong suit this season, but on Saturday night, they made Cleveland’s Progressive Field feel like home. Brad Miller hit a solo shot in the fourth, and the following inning, Bryce Harper put the team ahead.

The Phillies weren’t done sending balls into the stands. Jay Bruce broke a lengthy slump with a solo shot, and in the ninth, Miller decided that just one home run wouldn’t be good enough.

Vargas might not be used to getting that much run support, but he didn’t let it go to waste. After Mercado’s home run, the only hit he allowed was an infield single until he was relieved in the seventh.

Had the Phillies combined that type of pitching and hitting more consistently earlier in the season, their playoff chanced wouldn’t be so precarious now. They just have to hope that their hitters can continue to produce at this level and their pitchers can deliver solid efforts so that they too can be rewarded with victories.