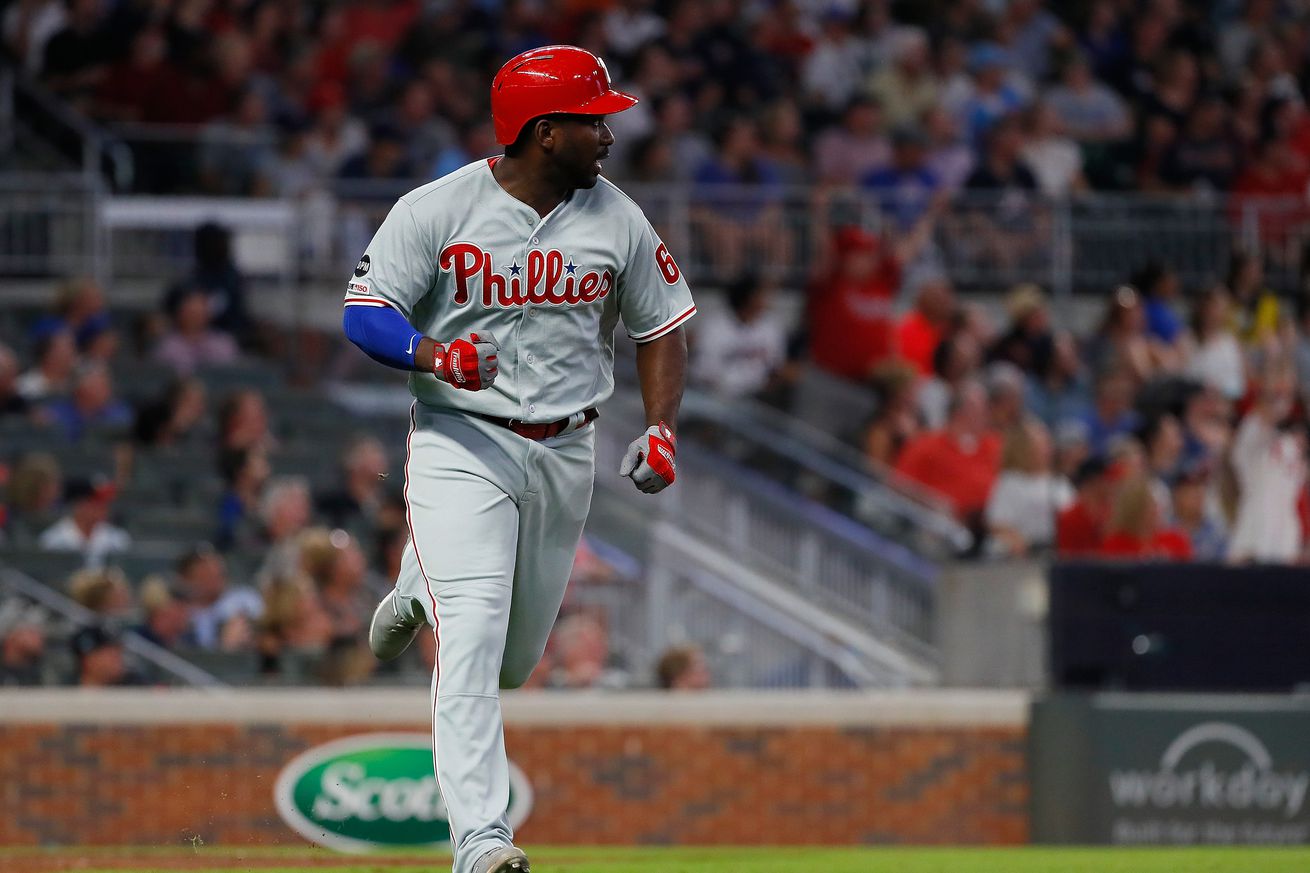 You knew it was going to happen

When the lineups came out Tuesday, you knew what would happen.

You saw Jose Pirela’s name in left field and thought, ok, this guy is gonna make an impact. He’s a game changer. He’s the one that will lead the final charge into the playoffs as the second wild card.

You probably groaned just like me and wondered where Adam Haseley was and questioned the team’s sanity.

Well wouldn’t you know? Jose Pirela impacted the game, hitting what would prove to be the game winning home run in the fourth inning to lead the Phillies on that charge, 5-4.

Facing Dallas Keuchel, who has been pretty good in his ~100 innings as a Brave, you’d figure the team wouldn’t have much left to fight for. Five games back, not much schedule left and the two teams in front of them in the wild card hunt playing red hot ball. In the bottom of the first, Vince Velasquez tried to make us all change the channel, giving up two runs quickly to put the team in another early hole. Then, though, he settled in and kept them in the game.

In the fourth, Rhys Hoskins provided the tying blast, going opposite field to tie the score at 2 apiece. A few batters later, the much heralded September callup Pirela golfed a Keuchel pitch into the left field stands for a three run home run and a 5-2 lead.

That lead held, even though the bullpen tried their best to give it away. In the ninth, with the game at 5-4, Hector Neris once again boosted sales of Pepto Bismol by doing his high wire act yet again, giving up a home run to Adam Duvall to start the inning, making it 5-4. Ronald Acuna got on base, then promptly stole second and moved to third on a ground out to Hoskins. Freddie Freeman was walked, putting men on the corners with one out and Josh Donaldson striding up. Neris proceeded to strike him out looking on a splitter that fooled him before he induced a pop-up from Nick Markakis to end the game.

The Phillies are still in it. Yay!