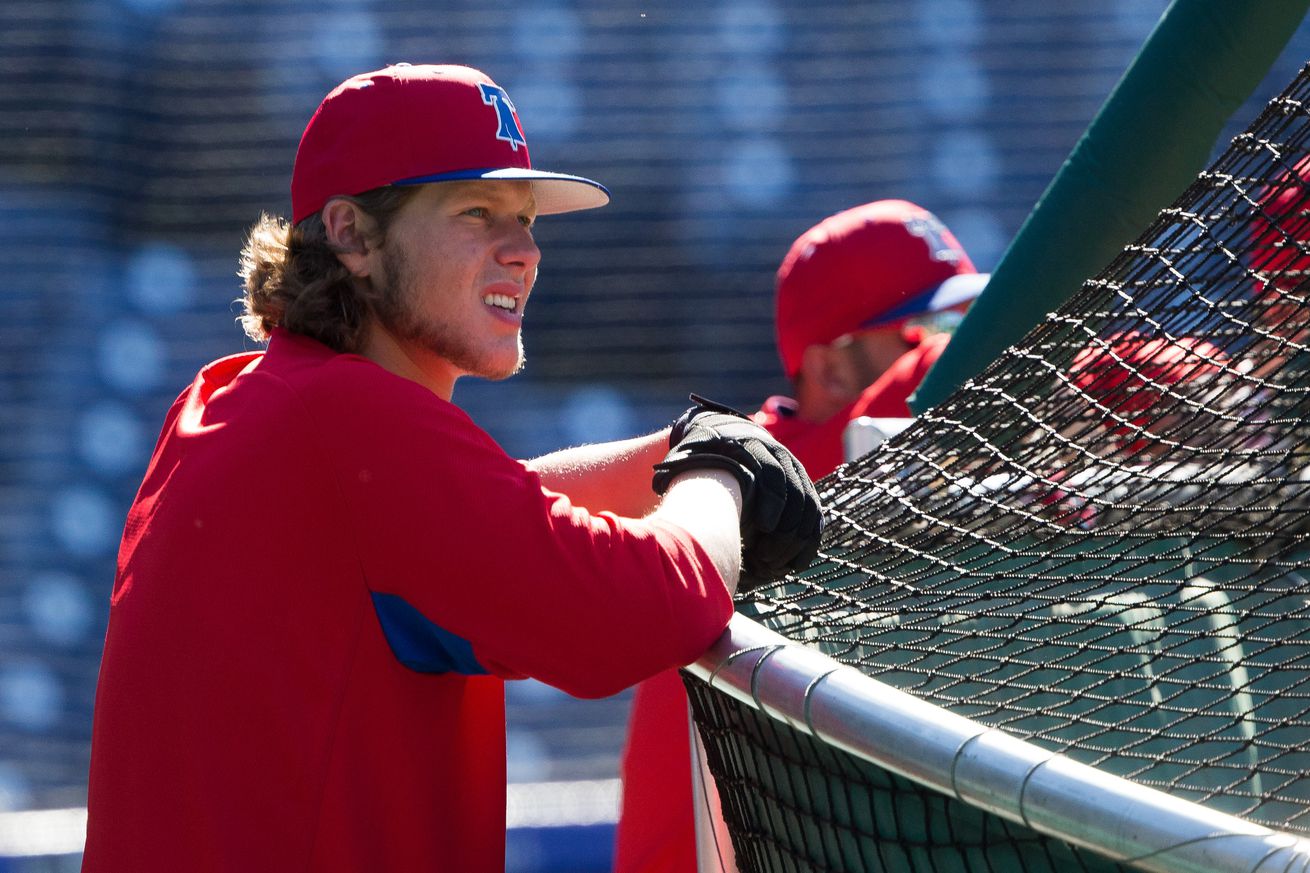 Mapping out how the Phillies top two prospects will impact the team next season.

The Phillies’ farm system is not the most robust in the Majors. Far from it. In their midseason rankings of minor league systems, MLB Pipeline did not have the Phils as being in the top half of the league.

It’s no surprise, given how many prospects the team has graduated in the last two seasons and the loss of Sixto Sanchez to the Marlins in the J.T. Realmuto trade, that the farm system isn’t in the upper echelon. It’s why there was such a resistance by the fanbase, and general manager Matt Klentak, to deal their top two prospects, Alec Bohm and Spencer Howard, at the trade deadline this year.

Both players are close to the Majors and will, barring injury, almost certainly be on the big league team in 2020. But how big a role might they play, and how will their looming presences affect Klentak’s decision-making this off-season?

Let’s start with Howard, who is coming off a season in which he played at three different levels and made it all the way up to Reading where, in six starts, he had a 2.64 ERA and a 38/9 K/BB ratio. He’s currently pitching in the Arizona Fall League and, in his first appearance on Friday, pitched three innings of shutout ball. He’ll be limited to five starts at no more than five innings or 75 pitches per start while he’s there, which should bring his 2019 innings total to about 95.

Given his dominance and how close he is to the Majors, Howard is going to throw pitches for the Phillies next year, but when?

It’s unlikely the front office would feel comfortable having Howard increase his innings total from 95 to 180 in one season. That’s a sure recipe for injury. It’s more likely the team would like to see a more modest increase of about 40-to-50 innings (even that might be a stretch), which would put him at about 140 innings next season.

If the Phils want Howard to be a part of the big league rotation during the pennant race next year, they should delay the start of his 2020 season until late May or June. He should start the season in extended spring training and begin the year in Triple A, at which point he would likely be on pace to hit the 140 to 150 inning mark in late September for the Phillies. Otherwise, you’re looking at a 2012 Stephen Strasubrg situation, something no team ever wants to go through again.

The Phillies will undoubtedly be shopping in the free agent pool with regard to starting pitchers. Snagging Gerrit Cole will be difficult, as he will be the No. 1 target for every big pocketed team in the Majors, but the Phils will certainly make him their top choice. Strasburg could opt out of his four-year, $100 million deal, and lefties like Cole Hamels, Wade Miley and Hyun-jin Ryu will all be available, too.

But will he be the Opening Day starter? It all depends on what Klentak does on the free agent market.

He could decide to make an aggressive push for Anthony Rendon, who may end up being the National League MVP this year. It’s clear the Phils need more in the middle of their lineup, with Rhys Hoskins’ up-and-down 2019 campaign and a general lack of production by the rest of the lineup leaving them with a middling unit that didn’t win enough games for the Phillies this season. Josh Donaldson and Mike Moustakas will both be free agents, too.

If the Phils sign one of those players, it’s hard to see where Bohm fits in, unless Klentak decides to make Hoskins available in a trade. Hoskins has an .840 OPS this year and he leads the league in walks (112), but his OPS+ of 115 isn’t getting it done from the cleanup spot, and in a season where the ball is juiced like never before, Hoskins’ 29 home runs are actually five fewer than he had last year, in 13 more plate appearances.

The Phillies obviously can’t have an entire team made up of veteran free agents. At some point, younger players have to fill the void and produce. But the timing of Howard’s and Bohm’s arrivals in the Majors next year could complicate Klentak’s plans this off-season.

On Episode 321 of Hittin’ Season, Justin Klugh and I discussed this at length, talked about the second halves of Hoskins and Scott Kingery, and chatted about the collapse of the Cubs, the surge of the Brewers, and whether Mike Trout will ever appear in the playoffs again.