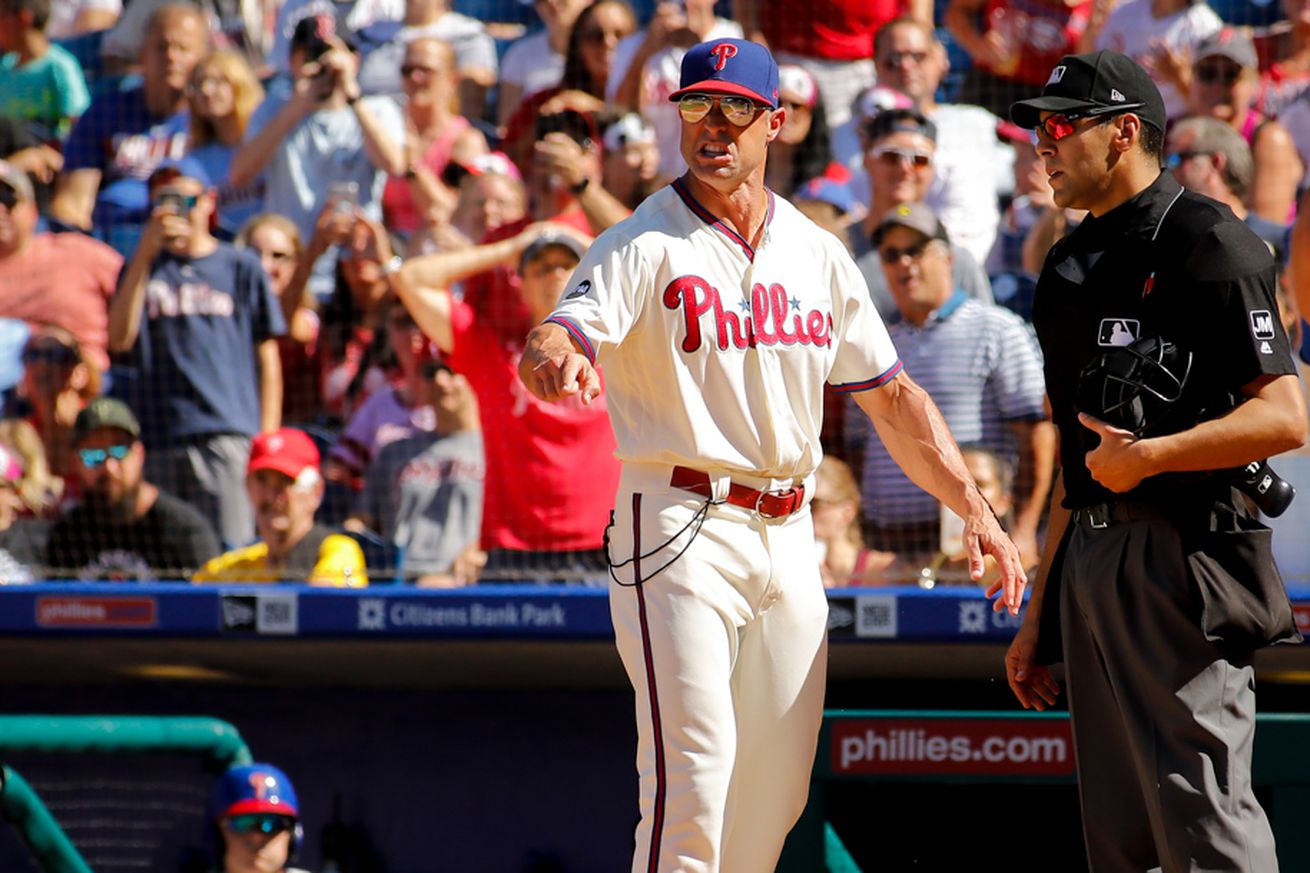 Keep watching if you must.

By the end of the weekend, some had deemed the Phillies season dead.

The NLWild Card race now down to 3 teams for 2 spots with winner getting NL Central title: #STLCards, #Cubs and #Brewers.

Granted, this was Bob Nightengale, so just by uttering those other team’s names, he assured that they would not only fail in their wild card quest, but be erased from history as well. Nevertheless, it was tough to take the Phillies seriously as contenders after they dropped two to the Red Sox over the weekend and came out the other end 4.5 games back in the wild card race with 14 games left to play.

Game one was a pitchers’ duel that the Phillies once more lost. It was the fifth straight L taken by the team with Aaron Nola on the mound, who went seven innings, allowing four hits, an earned run, three walks, and nine strikeouts. Eduardo Rodriguez successfully neutralized the Phillies offense for 6.2 innings, however, and the lineup managed only five hits, two from Cesar Hernandez. There were multiple opportunities to give Nola the run support he could have used, and in fact the Phillies’ one run came from a two-out bases-loaded walk by Maikel Franco in the bottom of the seventh.

In game two, neither Rhys Hoskins’ fifth home run since August 3, nor the ejections of both Bryce Harper and Gabe Kapler were enough to back the Phillies’ second best pitcher.

Jason Vargas, the #Phillies‘ big trade-deadline pitching acquisition, entered with a 5.01 ERA in eight starts since being acquired. He just gave up a grand slam to Christian Vazquez. #RedSox lead 5-1.

With their elimination number at ten, the Phillies have been good enough to ensure that they will technically not be eliminated for some time. They start a series with the Braves on Tuesday, a team that, despite a four-game split in their last meeting a few days ago, seems perfectly capable of handling the Phillies.