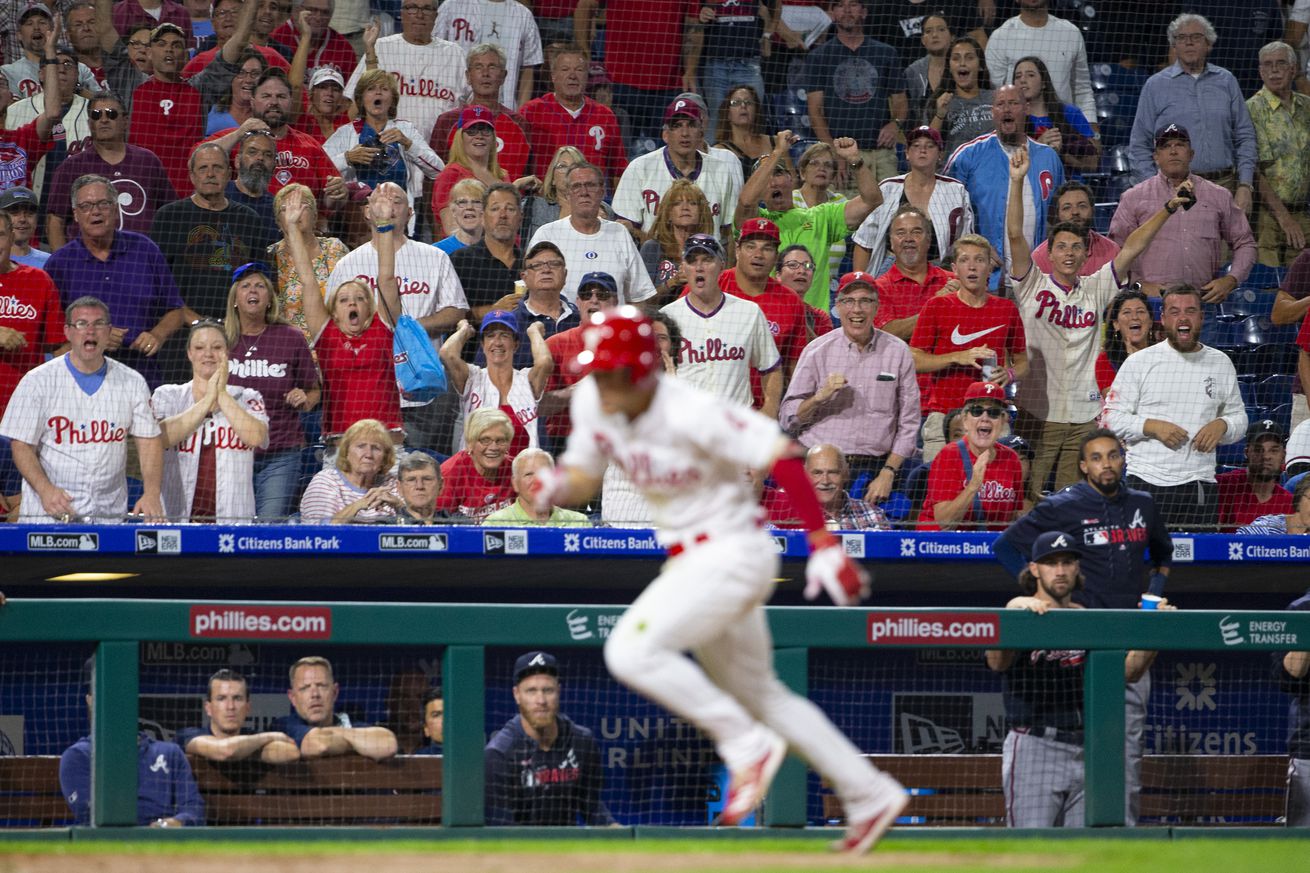 After a brief uptick, people were back out on this team.

The trouble with these polls, I’d imagine, is that they tell you what people were thinking in the recent past, not the terrifying present. And in that present, we know this Phillies team is yo-yo-ing up and down, yanking people in and out, and just barely keeping themselves in the playoff picture to keep you from totally giving up on them (unless you are some commenters, who desperately want you to know that they gave up before you, and are therefore smarter. Fandom!)

So, in terms of “fan confidence,” the numbers you see are from a period in which the Phillies looked bad, and dumb, and ineffective, and had just fallen 4.5 games out of the wild card spot they’ve been chasing with like just over a dozen games left to play. Not great, but doable. Until last night, when their second straight win over the first-place Braves (????) and a swirl of luck in the standings saw them push back to three games behind the second wild card spot. Still not great, but more possible than it was yesterday.

It’s interesting to see these spikes, as I believe they do tell a pretty accurate story of the season. Looking at other teams’ graphs, the Mets’ looks a lot like the Phillies, only that dramatic spike about midway through the season went UP instead of down. The Orioles’ has been sitting extremely high all season, which I guess is more indicative of the DIRECTION of the team, rather than EXPECTATIONS.

Anyway, fan confidence, according to the SB Nation FanPulse Poll which you can participate in here, is down from 38% to 21%. Phillies fan confidence in the manager has a low point of 14% among those polled, and it’s hit that point twice. It has also rested at 14%, and this week it sank from 36% to 18%.

We’ll see how people felt after this series with Atlanta, but with their wild card elimination number at 9, they’ll probably hang on until the end of the season.