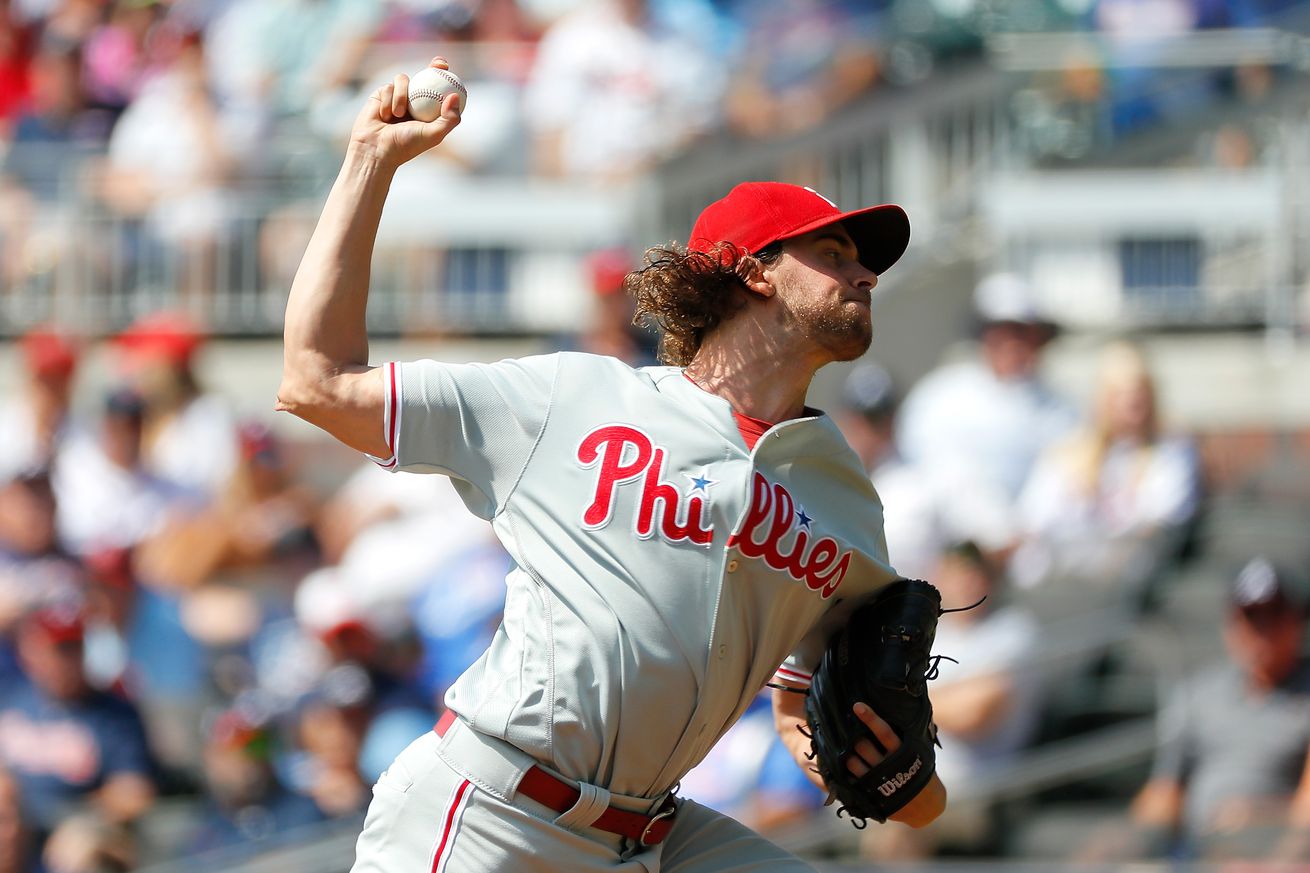 The Phillies lost yet another start by Aaron Nola on Thursday | Photo by Kevin C. Cox/Getty Images

Another Aaron Nola start, another loss for the Phillies

There was a time when winning two out of three from the Braves would have been seen as a good thing. There was also a time when the Phillies usually won games when Aaron Nola was the starting pitcher. On Thursday afternoon, neither of those things were true. The Phillies couldn’t complete the sweep as the Braves held on to win 5-4. This marked the sixth straight start by Aaron Nola in which the Phillies were the losing team.

Nola cruised through the first two innings, and in the bottom of the third, the announcers jinxed him mentioned how efficiently he was pitching. As soon as Tom McCarthy was done praising him, he served up a two-run home run to Ronald Acuna, Jr.

Through the first four innings, the Phillies hitters were making Braves starter Mike Soroka work, but had yet to see those efforts pay off on the scoreboard. In the fifth, they were finally able to get a couple of runs home. Adam Haseley doubled home the first run, and then Cesar Hernandez tied it up with an RBI groundout.

Unfortunately, Nola immediately put himself back on the hook in the bottom of the inning, with a little help from a controversial strategic decision. With runners on second and third, the Phillies chose to pitch to Freddie Freeman. An intentional walk might not have been the worst idea, considering usual cleanup hitter Josh Donaldson was on the bench, with the much less threatening Adam Duvall in his place. But they chose to have Nola face Freeman, who put the Braves back on top with a two-run single.

The Phillies had plenty of chances to catch up after that, even after Austin Riley’s home run provided the Braves with their fifth run of the game. They scored solo runs in the sixth and eighth, but left a lot of runners on base along the way, and couldn’t put together the big inning they needed. The result was yet another loss they couldn’t afford, and the series – and season series – victory over the Braves was not much consolation.

Nola is scheduled to make two more starts this season. However, based on how his recent outings have gone, if the Phillies want to keep their thin playoff hopes alive, they might want to consider skipping over his turn in the rotation.

Would not have thought this could be possible pic.twitter.com/3HYuw1Ru6L