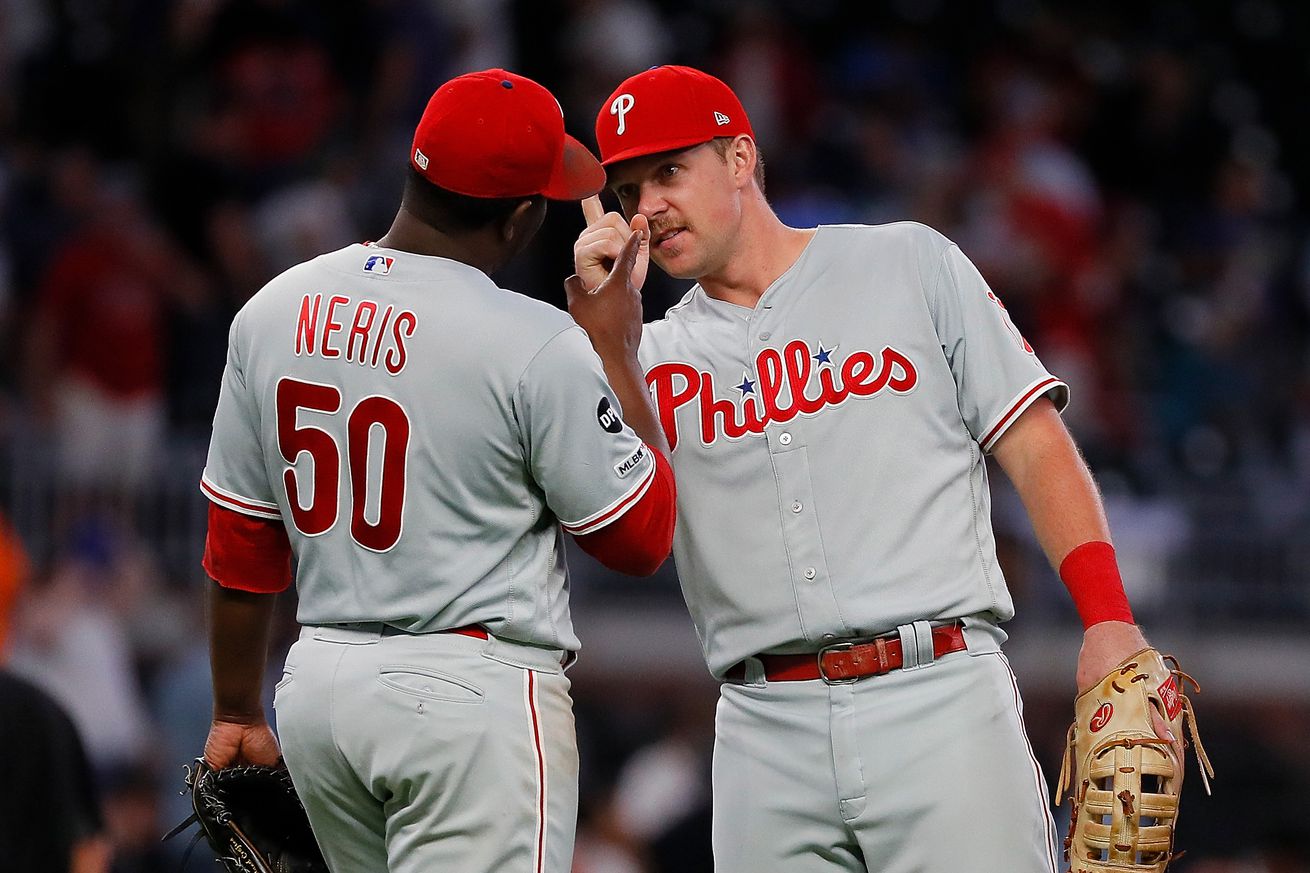 Atlanta is giving a couple starters a rest day, giving the Phillies the chance to… sweep?

The Phillies opened the season with a dominant three-game sweep of the Braves. Since then, things have shifted a bit for both teams, in ways we do and do not understand. Nevertheless, the Phillies—who have already won the season series against the Braves—have the chance to bookend their season against Atlanta with a pair of sweeps. Regardless of what happens next, that’s a little satisfying. As long as you don’t think about any of the other stuff.