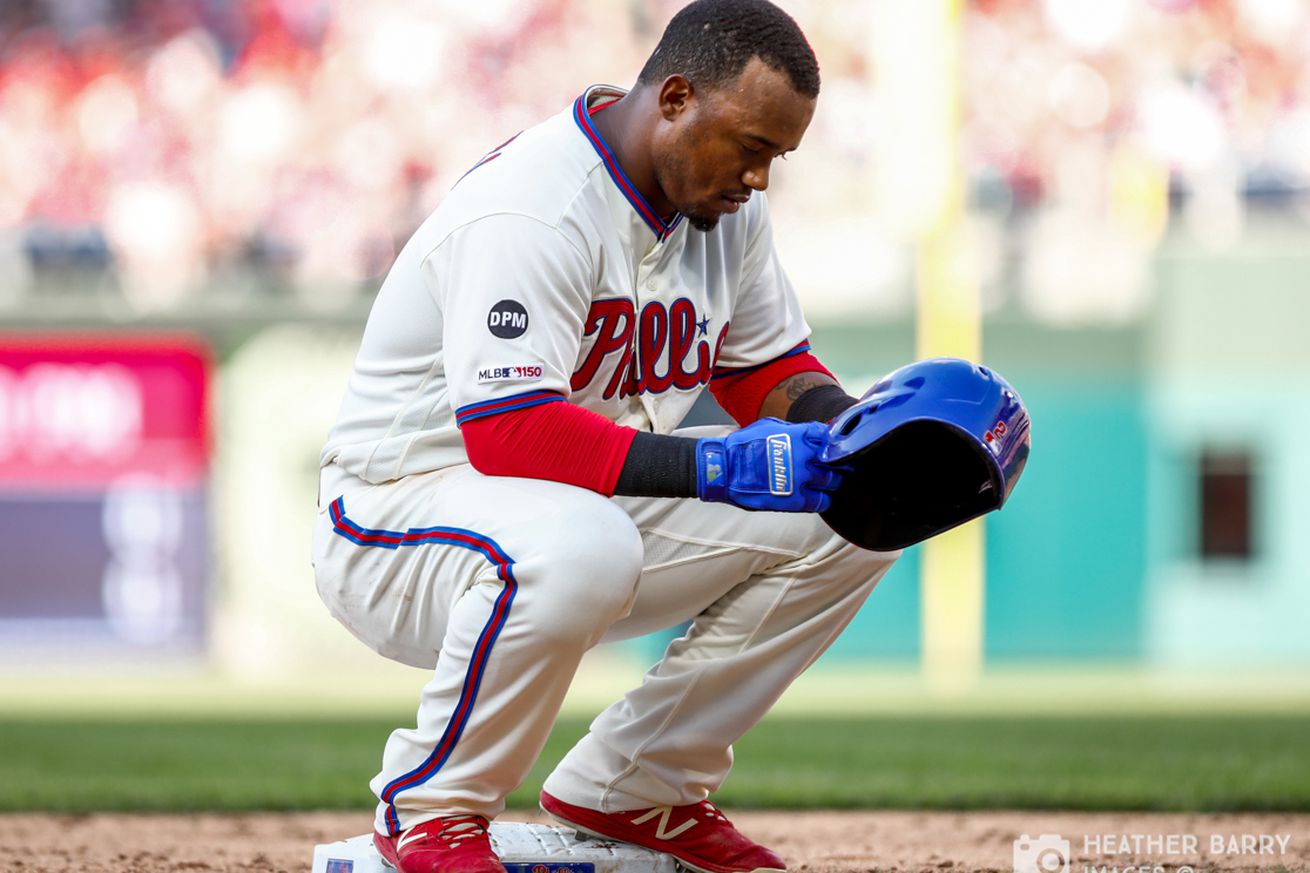 After losing both games they’ve played in four days, the Phillies are back at it against the… BRAVES?!

Ah, yes. The Braves again. As you likely know by now, the Phillies playoff odds have dropped below 1%. Corey Dickerson is out for the season. Adam Haseley is not starting tonight, but Sean Rodriguez and Jose Pirela are. Also, Bryce Harper was ejected from the last game they played. Will he even bother coming back? Ask yourself this… why have you?