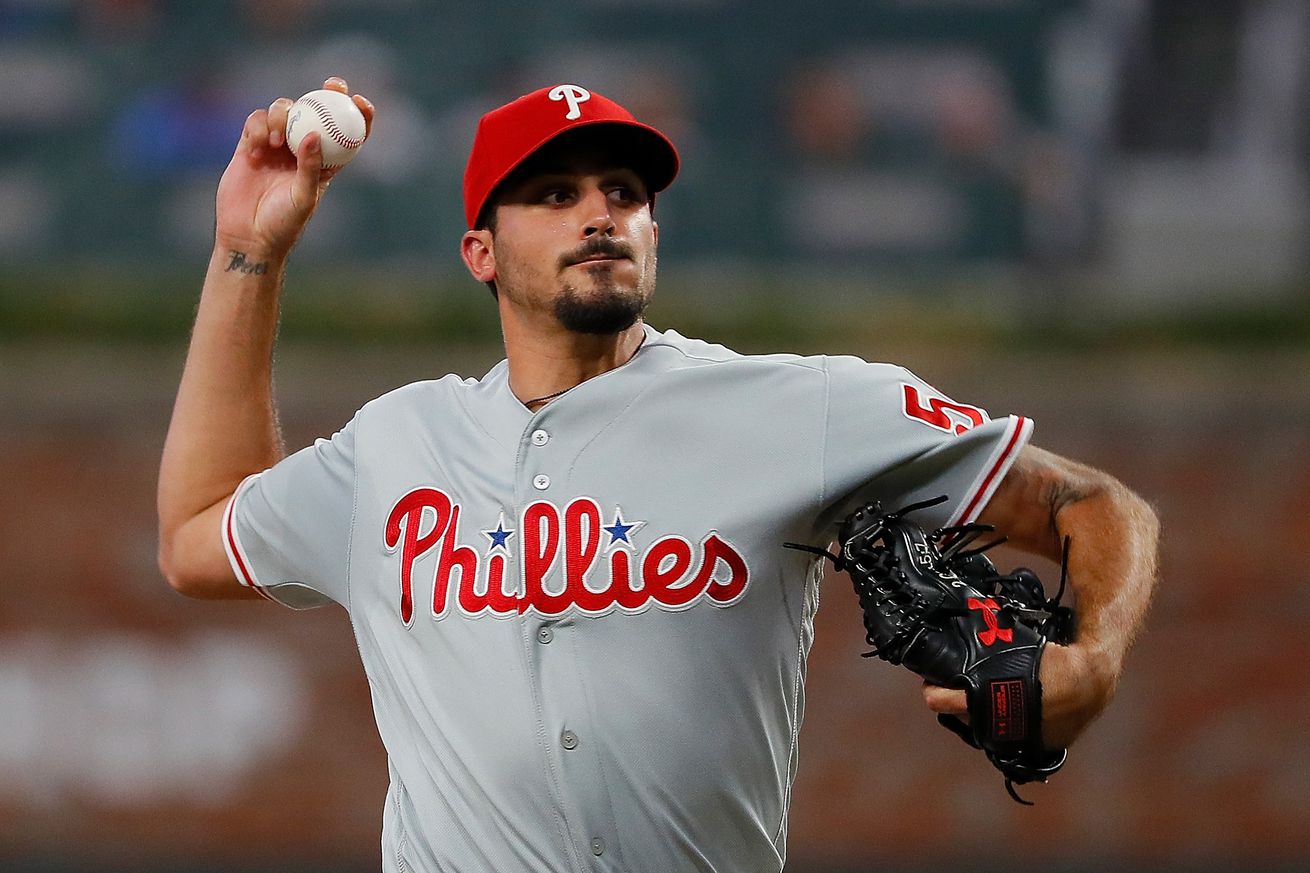 As mentioned in my series preview, I’m baffled as to why the Phillies have been able to beat the Braves, while the rest of baseball has not. On Wednesday night, it was the Braves’ turn to be baffled. Zach Eflin shut down the Atlanta lineup, leading the Phillies to a 4-1 victory.

Eflin struggled in previous starts against the Braves, but most of those came when he was going through a rough stretch in the middle of the season. Since he famously stopped listening to the advice of his coaches, his season has dramatically improved, and Wednesday’s start was a continuation of that.

Zach Eflin over his last 5 starts, including tonight:

He’s edging back toward his early-season form — and boy was he brilliant tonight.

The only difficulty he ran into this time around was caused by his own defense. Three errors by Phillies fielders (two by Cesar Hernandez) in the first two innings led to a run for the Braves. Once his teammates decided to actually field the ball cleanly, Eflin cruised. He pitched seven strong innings, giving up that lone unearned run.

The Phillies’ offense was slow to get going against Braves starter Julio Teheran, but in the fourth inning, Teheran’s arch nemesis Bryce Harper came to the plate with a runner on base. Prior to that at bat, Harper had eight career home runs against Teheran. The count is now up to nine.

In the fifth inning, Hernandez helped redeem himself for the earlier error.

The Phillies later added an insurance run, and in a rare occurrence, the bullpen had an easy night. They only needed to preserve a three-run lead for two innings, which Jose Alvarez and Hector Neris handled without much difficulty.

The win was the Phillies’ third straight over the Braves and clinches the season series between the teams. Unfortunately, due to the incompetence of the rest of baseball, despite the Phillies’ best efforts, it seems inevitable that the Braves will eventually emerge as winners of the division. But if the Phillies can complete the sweep on Thursday afternoon, they can ensure that when it happens, it will be at someone else’s expense.