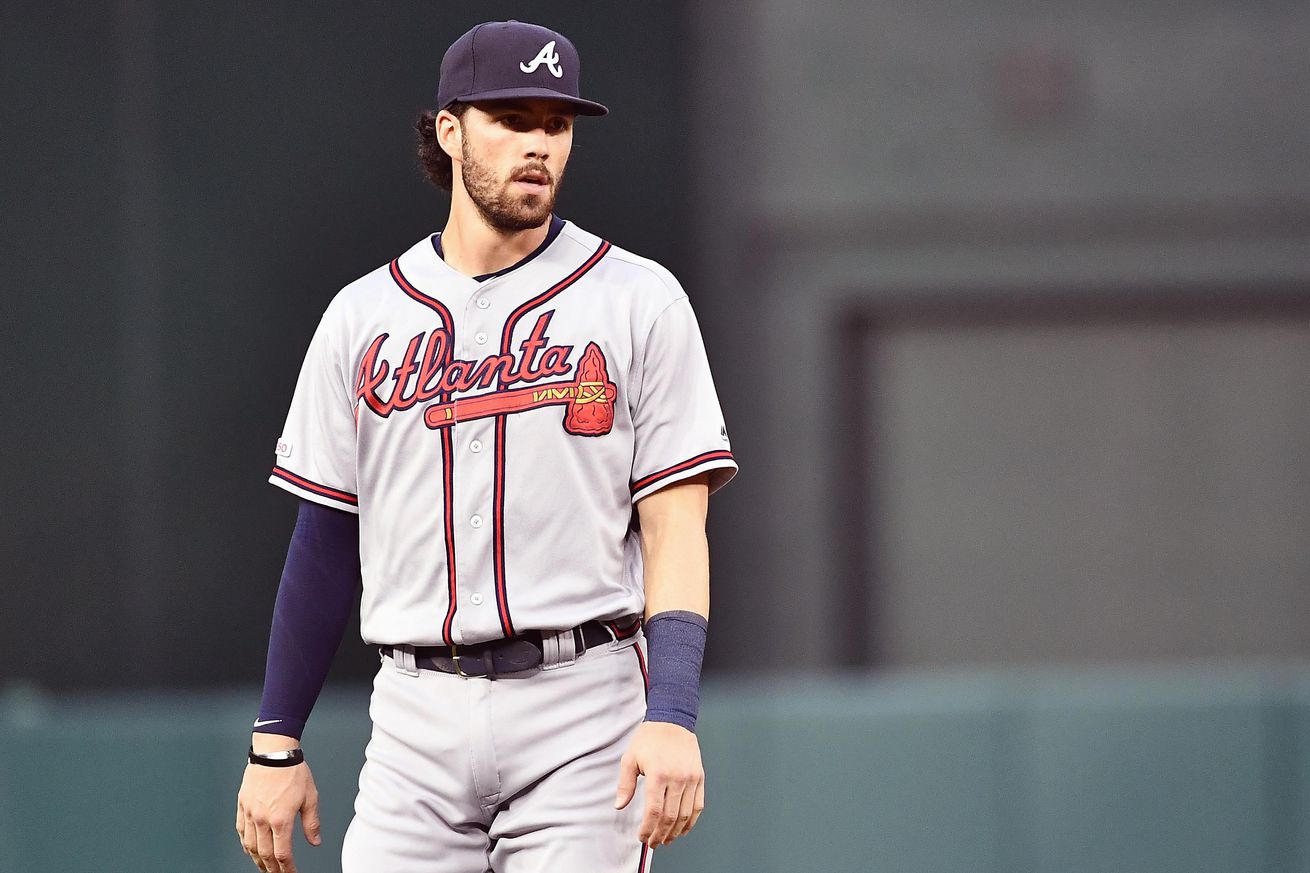 Discussing the Phillies and Braves with no bias whatsoever

Last week, I wrote a preview of the series between the Phillies and the Braves. How did Braves fans like my work? Let’s just say they were less than impressed.

Here are some of the reactions the article received:

Whoever wrote this article needs to be fired, This is awful to read

This is awful journalism

Whatever happens in this series, dude, you should never throw out this kind of Bulletin Board material to the other team, you’re just asking for trouble… @680TheFan @929TheGame

And here’s the one that really hurt:

This is honestly the worst piece of baseball writing I’ve ever seen. I mean that whole heartedly. You don’t have an objective bone in your body and the Phillies are a dumpster fire who will be watching from their couch come October.

He said I wasn’t objective. Ouch.

As my loyal readers assuredly know, I spend weeks – if not months – researching every preview, doing my best to provide a fair and balanced look at the series. Even though this is a site for fans of the Phillies, I try to remain cognizant of the fact that some opposing fans might also stop by. So when those fans accuse me of being anything less than 100% objective, it really strikes a nerve.

After reading that tweet, I spent a few days re-reading my article. And I came to the conclusion that, despite my best efforts, a little bit of bias may have slipped through.

I’ve taken all of that criticism to heart, and I will do my absolute best to provide a more objective look at the Braves this time around. So I won’t be talking about the recent struggles of players like Dansby Swanson and Luke Jackson. And instead of mocking the Braves for going 17 straight years without a playoff win, I’ll instead commend their resilience in giving it another try this season.

An objective look at the matchup

To avoid using any sort of bias, I’m going to compare the Phillies and Braves using the only thing that really matters in sports: Wins and losses. The teams have played 16 games against each other, with each team prevailing in eight of those contests. The logical conclusion to be drawn is that these teams are evenly matched and there is no real difference between them.

Yet, if you take a close look at the standings, you’ll see that the Braves are a few games ahead of the Phillies. If the teams are as evenly matched as their head-to-head record would indicate, then why is there a discrepancy in the standings?

I took a closer look at the Braves’ wins and losses throughout the season, and it didn’t take long for the answer to become blindingly obvious: The Braves have taken advantage of an easy schedule.

The Braves were matched against the American League Central this season, which means they’ve played eight games against that division’s “powerhouse” trio of the White Sox, Royals, and Tigers. They beat up on those teams to a 5-3 record. But the Braves haven’t only benefited from the weak teams in the American League. They’ve also taken advantage of the soft underbelly of the National League, going a combined 23-9 against the three last place teams in the senior circuit.

It isn’t clear why the Phillies have been able to go toe-to-toe with the Braves while the rest of baseball has meekly rolled over for them. Perhaps the Phillies’ top-notch analytic staff can come up with an answer for that in the offseason.

The bad news for the Braves is that they’re not going to run into pushovers like the Pirates or Marlins once they reach the playoffs. Instead they’ll face strong teams like the Dodgers and Cardinals, and the Braves have a much less impressive 6-6 record against those two. For any Phillies fans who hope to see the Braves continue their tradition of losing playoff series, this is good news. But to adhere to my goal of objectivity, I will refrain from revealing any rooting interest either way.

In my last preview, I mentioned how Ronald Acuña, Jr. was going through a rough patch. I’ll concede that pointing out the struggles of the Braves’ young star may not have been fair. So this time around, I’ll praise him for being on the cusp of a 40-40 season and for hitting two home runs against the Phillies last week.

Note: I want to thank all of the Braves fans who alerted me when he hit those home runs. However, I assure you that I do watch the games, so I’m already well aware when a Braves player does something good. You really don’t have to email or tweet at me or the site’s account every time it happens!

ACUÑA!!! I thought it was unsustainable @TheGoodPhight

A biased writer might try to argue that the Phillies’ pitching staff is equal to the Nationals’. However, I won’t make that claim. The Nationals’ rotation is strong, and due to injuries and miscalculations by the front office, the Phillies’ current group of starters is not. So it shouldn’t be a shock that a player like Acuña was able to have some success when he played the Phillies.

But what happened when the Braves left Philadelphia and traveled to Washington? Was Acuña able to sustain that success? He was not. Acuña went just 2-15 in those three games.

In a perfect world, you’d want your young star to excel against good pitching, because generally speaking, you’re not going to be facing guys like Drew Smyly in the playoffs. For instance, Acuña went just 3-17 in the Braves’ lone playoff series a year ago. While chasing 40-40 seasons is fun, if Acuña wants to be remembered as a true impact player, he’s going to need to do it in key situations against good pitchers.

However, if Acuña is able to succeed in the playoffs and lift the Braves to victory, he’ll be the hero to many of his peers, many of whom can’t remember the team actually experiencing success in the playoffs.

In the last preview, I mentioned how Julio Teheran has traditionally had difficulty getting Bryce Harper out.

It seems that Teheran may have finally figured something out because Harper went 0-2 in their last head-to-head matchup.

Of course, it’s tough to draw much of a conclusion from just two at bats. When Teheran starts on Wednesday, maybe he’ll be able to avoid getting knocked out of the game after just four innings so he can put this newfound success against Harper to the test.

In the past, I’ve used this section to talk about some of the not-so-greats from a team’s past. But that felt a little too un-objective for this preview, so instead, I’ll discuss one of the best Atlanta Braves of all time: Larry “Chipper” Jones.

Chipper had a long, productive career, and was enshrined in the Hall of Fame in 2018. A more biased writer might mention his lack of postseason MVP awards and imply that it diminished his career in some way. But I don’t think that gap in his resume should really be held against him. After all, those awards tend to be given to players from the winning team, so Chipper’s opportunities were very limited.

Jones was also a real character off the field, always getting up to some sort of wacky shenanigans. Like the time he had an affair with a Hooters waitress and impregnated her.

Chipper was no stranger to Twitter himself, and could give as well as he got. Like this time when he insulted someone’s child (It is undetermined if the child is the result of an affair with a Hooters waitress) and told his followers to attack the guy.

Braves country! This clown, @lolovickery, told me I needed to die. Please make his life miserable. I’m sure he’s a cards fan. Baby is ugly 2

He’s also a bit of a conspiracy theorist, which culminated in this classic (since deleted) tweet:

It was later brought to his attention that he might have been misled about some information, and he apologized. I’m sure that made everyone directly affected by the tragedy feel much better.

The Phillies won the first series played between these teams this season. Because I’m a big believer in symmetry, I think they’ll also win this final series, two games to one. This will give the Phillies a winning record against the Braves for the 2019 season, and provide definitive proof that they are the better team.