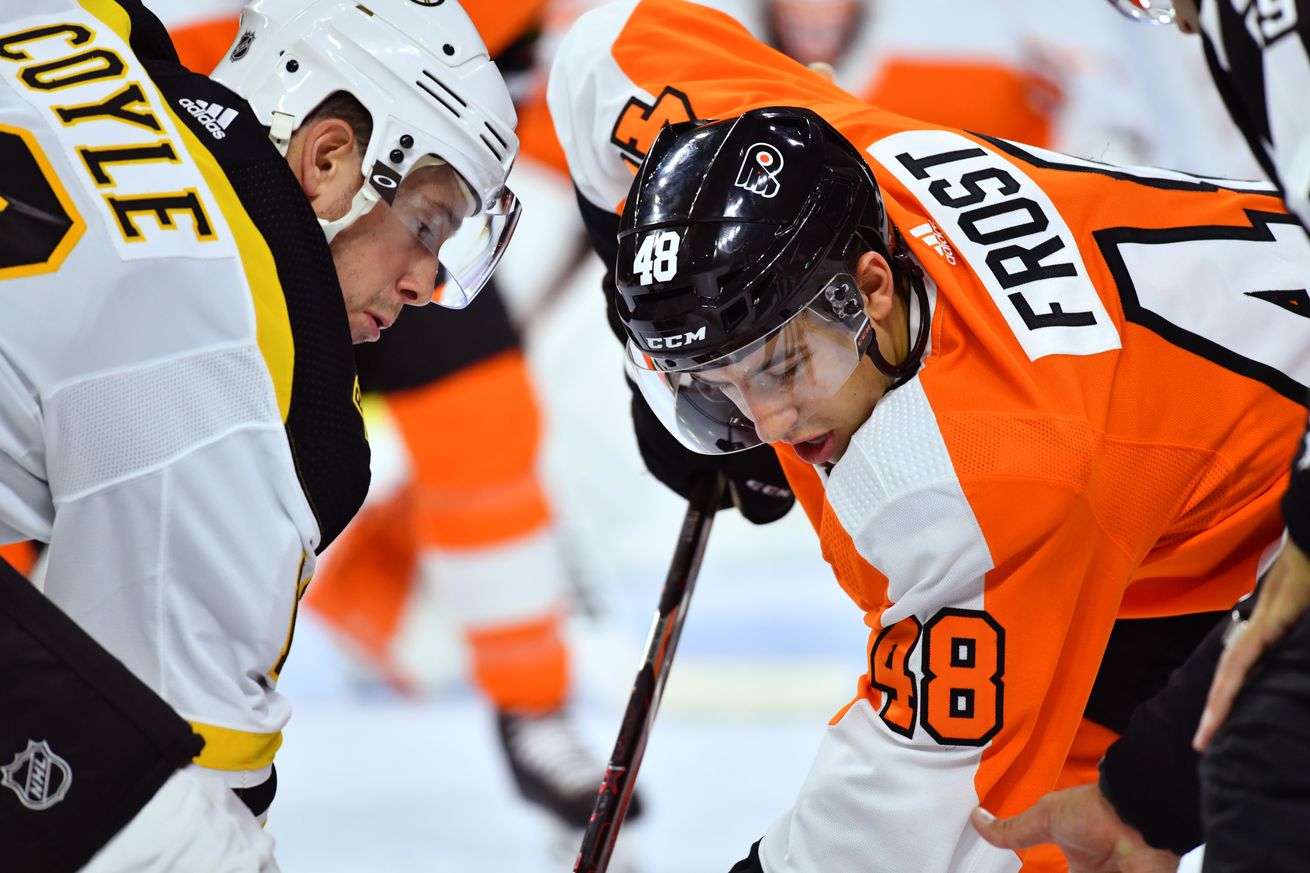 *Okay so the Flyers lost in overtime on a weird goal last night and that sucks sure BUT!

*But we learned yesterday Morgan Frost is hurt. OH COME ON. [BSH]

*With Frost out, things may be opening up a bit for The Germ. [Inquirer]

*Whatever shakes out, this is probably going to affect the opening night roster in a number of ways. [NBC Sport Philly]

*Related, there are exactly zero Flyers players on this list of the rookies expected to be most exciting to watch this season. [ProHockeyTalk]

*ANYHOO, we’re exactly one week out from the regular season and here’s what you should be watching for. [Flyers]

*Like all who have come before him, Alain Vigneault is going to be expected to bring the Flyers to the promised land. [AP]

*Looks like Dave Hakstol is putting one of his Flyers-era tricks to good use in Toronto, just in time for a rule change that makes it quite relevant. [TSN]

*And finally, wondering what to eat for breakfast in order to turn yourself into an exceptionally talented and well-adjusted 20 year old? Well, Carter Hart is here to help you. [NBC Sports Philly]