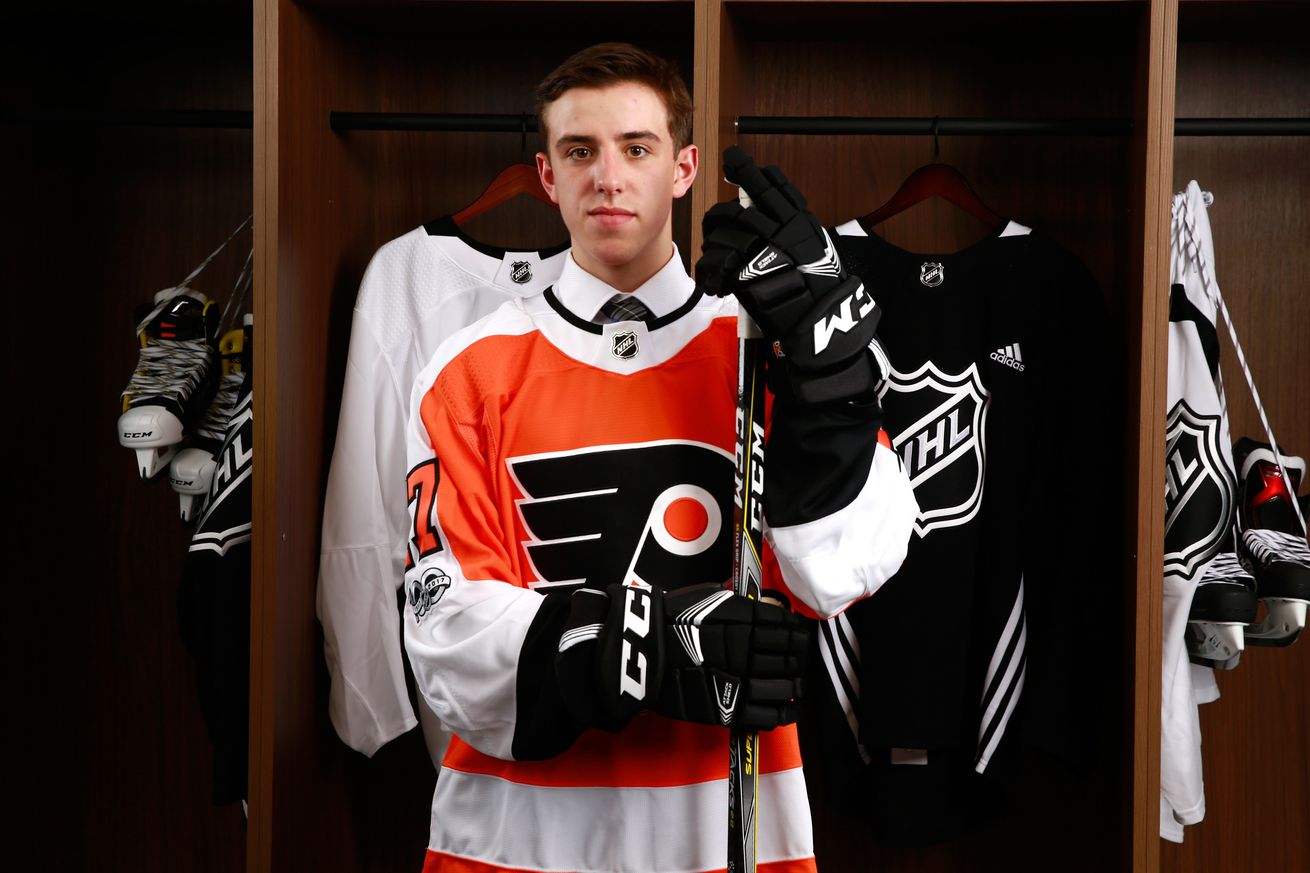 Needless to say, this is less than ideal, folks.

It was revealed today by the Flyers that forward prospect Morgan Frost would be out for the next five to seven days, effectively putting him out of the Flyers last two preseason games in North America. The Flyers play tonight in Boston and in New York on Thursday, before playing their final warm-up in Switzerland on Monday.

Injury update: Forward Morgan Frost has a groin strain and will be out 5-7 days.

Frost missed a little bit of time earlier this preseason with a groin pull, so it looks as though that wasn’t fully healed before he jumped back into competition. So, what does this mean for the Flyers and what their opening day roster could look like on October 4?

Undoubtedly, this hurts his chances severely of making the Flyers right out of preseason. Frost has been good so far but has been snakebitten when it comes to putting points on the board, much like other top prospect Joel Farabee. Now the question is: did Frost do enough in camp, and the limited time he got in preseason, to impress the coaching staff and front office? He surely had his flashes of brilliance, and realistically should have had at least one goal this preseason, but was it enough?

And if it’s not, then who does make the team? This possibly opens up a spot for Farabee now if Frost had the edge, but the two play different positions. Frost could have possibly taken Patrick’s spot as the third line center with his health up in the air, but now that seems less likely. So when looking at centers, the first names that have to come to mind are Mikhail Vorobyev and German “The Germ” Rubtsov.

Both have had solid preseason campaigns and with seemingly the need for an interim 3C, these appear to be the top candidates with the injury to Frost. Of course, the Flyers could move Scott Laughton to that spot, and one of the kids take the fourth line center role, but I wouldn’t be surprised to see Laughton maintain his spot on the fourth line.

This injury opens up numerous possibilities now for who makes this team and who doesn’t, but man it would have been nice to see Frost put a stamp on the preseason with two final strong games, and possibly register his first points of the preseason. Now, he will not get that opportunity.