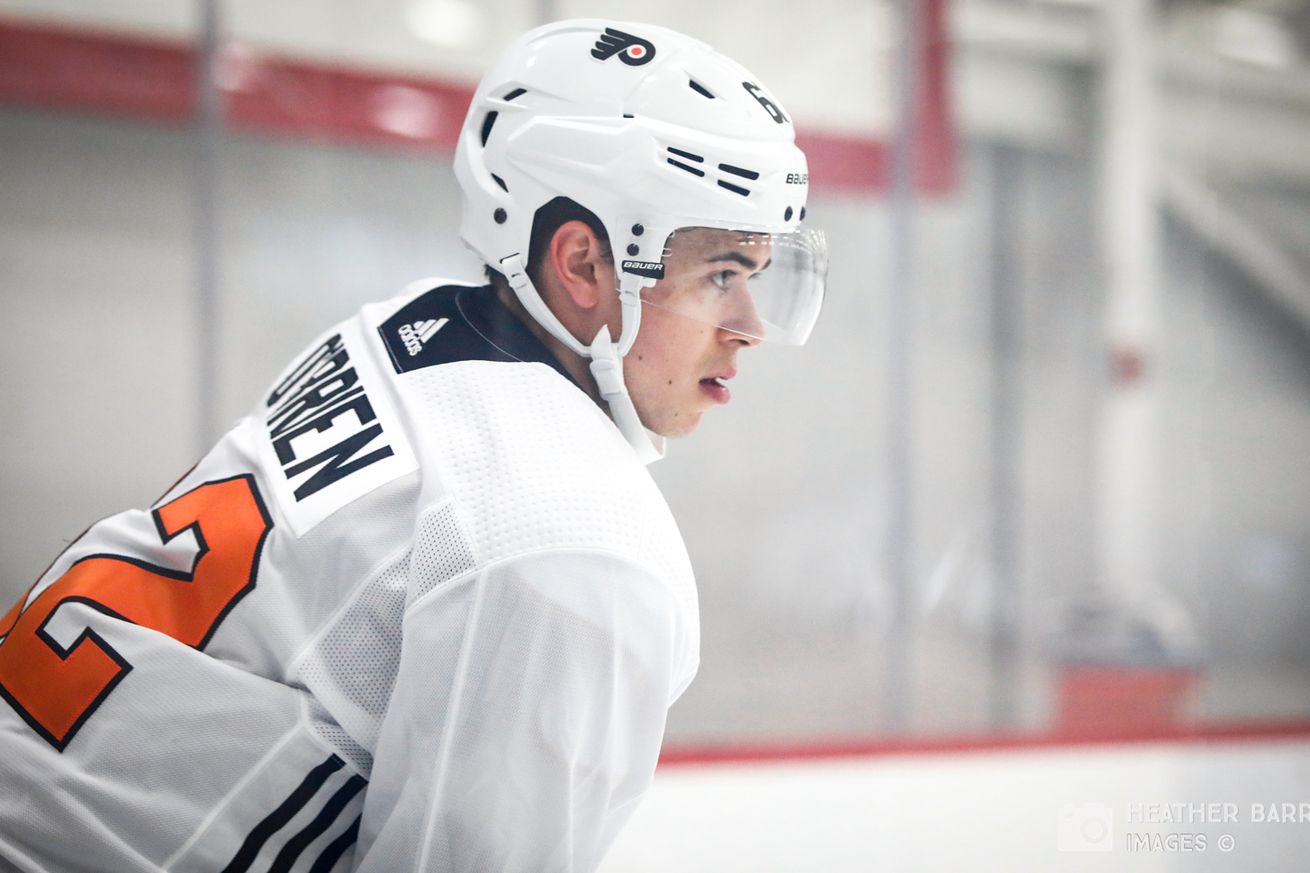 Yegor Zamula, Yegor Serdyuk and Wyatte Wylie all get off to hot starts

That’s right, in case you missed it, Jay O’Brien left Providence and landed in the BCHL until he can transfer to Boston University next year. After an injury-ravaged 2019-20 campaign, O’Brien is setting the right tone to both the Flyers organization and fans.

Despite the overwhelming amount of shots, it was a bit of a rough one for Millman in his second full OHL season. He was -4 in the first game and -3 in the second. Last year as a rookie he put up 25 points (3 goals, 22 assists) in 66 games (while maintaining a 22 +/-).

Wyatte Wylie was one of the more impressive defensemen in the WHL last season, putting up 47 points (11 G, 36 A) in 67 games. He now enters his 4th WHL season and will be expected to take yet another step.

The Egor Zamula hype-train reached full momentum last season after he compiled 56 points (10 G, 46 A) in 61 games. While he definitely benefited from power play time, he remains an intriguing prospect moving forward. I’m sure his biggest focus this season will be fine-tuning his play in the defensive zone.

This is “Rowdy” Roddy Ross’ 2nd year in the WHL. Last season he sported a .919 save-percentage and 16 wins in 25 games. He did quite well for himself in Seattle’s home-opener. Can never have too many goalie prospects, huh?

Högberg’s 20:11 average time-on-ice is 23rd among all SHL defenseman to start the season and is 1st on his team in even-strength time-on-ice. While he won’t score, he is certainly a play-driving defenseman on the rise. We can only hope for further development and to get an agreement on an entry-level contract by next Spring.

Looks like Växjö did some fine tuning with Bernhardt to start the season, but has since ramped up his play. While he might not be as defensively sound as “The Hog”, Berhardt has some offensive upside to him that hopefully he begins to tap into more with a full season on Växjö.

Ginning got into a fight last week and subsequently got suspended.

Great start to the season for Lycksell who couldn’t find consistent time with his SHL team. He had only 12 points (5 G, 7 A) in 51 games.

Unlike Westfält, Ersson DOES make Brynäs IF. He’ll be splitting time with old Flyers prospect Joacim Eriksson. Ersson destroyed Allsvenskan last season with a .933 save percentage in 36 games.

Marcus Westfält doesn’t make the SHL club after a disappointing season last year. He has no points in one game with Västerviks IK.

Fedotov finally getting his break in the KHL after the last three years in the VHL. In four games this season he has a .952 save percentage.

No college games quite yet. Most of the players will start their 2019-20 campaigns either the first or second week of October. Stay tuned!