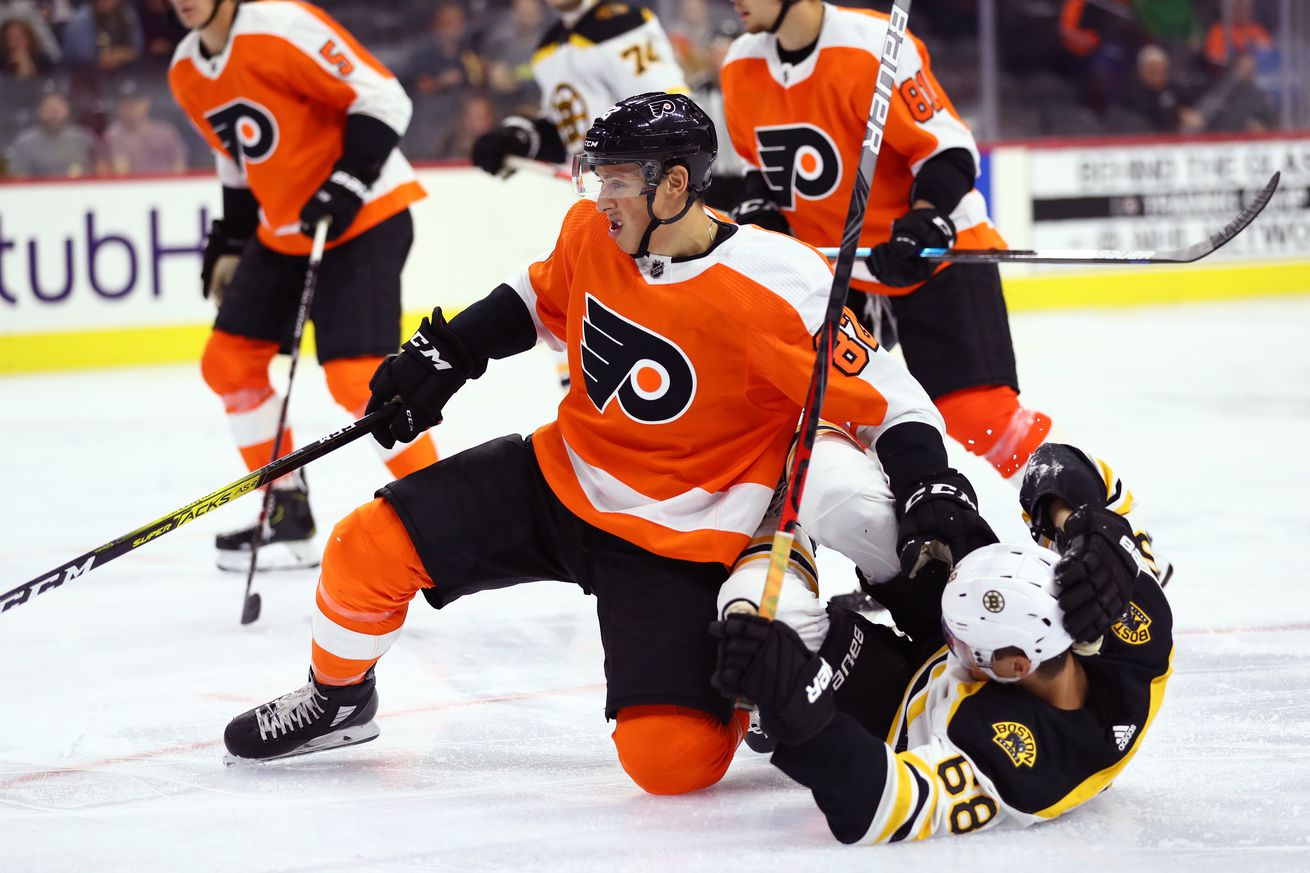 Time for a little retribution, folks!

The homestand is over, folks, and the Flyers are kicking off their little road trip to close out the preseason tonight in Boston. We saw the Bruins just this past Thursday and let’s just say this one didn’t go very well. Despite having the superior roster on paper, the Flyers got walloped, so badly so that their coach called them out a little bit for not looking secure in their system. But, they’ve had a few more days of practice since then, a bit of time to get themselves better oriented in the system. So they’re back, and they’ll be looking for a bit of revenge. Or like. Whatever the softer, preseason version of revenge is.

Anyway, here are three things to watch in tonight’s tilt.

No more of these intentionally split games for the goalies, Elliott is getting the start tonight and barring catastrophe, he’s staying in. And if this idea has you a little worried, well, I don’t blame you. In his first two showings, he looked pretty shaky in his reads and rebound control, and definitely looked like he was still working on getting his timing back. It’s to be expected, but that doesn’t mean we have to feel particularly good watching it.

As we’re getting on in the preseason, it’s reasonable to expect that Boston will have some of their bigger names in the lineup tonight, which means a tougher workload for Elliott. We’re not terribly worked up about needing wins right now, but we do need to see Elliott making improvements as we draw nearer to the start of the regular season. And tonight will be a test for him.

The Flyers seem to be doing a bit of rotating of their roster hopefuls in and out of the lineup, and after a day off on Saturday for some, we’ve got quite a few in the lineup tonight.

German Rubtsov, Nicolas Aube-Kubel, and Connor Bunnaman are back after having Saturday off, and Carsen Twarynski is also in after a really strong showing in Saturday’s game against the Rangers. The kids are still looking to push for spots, and with camp winding down, this may be one of their last chances to impress management and the coaching staff before they start to take a really hard look at their roster and make their last rounds of cuts before they head abroad on Friday. So it will be interesting to see who stands out and makes that extra push.

We touched on this in the intro, but we’ll mention it again—it’s seemed so far something of an uphill battle with the Flyers to get their timing back and get settled into their new system. Saturday had them looking like they’d taken a step forward, but this will be a bigger test for them, as they are likely to face a tougher roster. The Flyers have some of their own big names in the lineup, and they’re the ones we really need to see getting settled and up to game speed. Let’s keep the progress going, pals.

The game starts tonight at 7:00 pm, and you can check out the projected lines and pairings below (or, at least what they ran in practice yesterday), via our pal Charlie.