The Zach Ertz era is set to come to an end in Philadelphia and the veteran tight end should be on a new team by Saturday night..

During a recent installment of the Inside The Birds podcast, Adam Caplan predicted and all but assured that Ertz will be on the move by the end of the draft this weekend.

They’re going to trade Zach Ertz. And it’s going to be — the way that I’ve said this in the live stream, there are personnel people around the league who think that Ertz will be traded no later than early in the draft. Like, when I say early, it certainly could happen — the way I heard it — there’s a very realistic chance it actually happens on the lead-up. Because you don’t want to wait until teams on the board … and, I know it’s not a great tight end draft. But what if you’re taking to a team that likes [Pat] Freiermuth, you’re not going to know that. Let’s say you’re talking to a team, you’re Howie Roseman, the GM, and you’re talking to a team, you don’t know who they like at tight end. So, God forbid you wait, and the team fills a need, then you’re out of luck. He’s played it right in that he’s waited as far as he could. It’s going to happen and there are some teams I’ve talked to — I don’t know who they talked to with the Eagles, but they seem to think he’s going to go … it could be, very realistically, today’s Monday? It could happen Tuesday, Wednesday, Thursday leading up. It could happen. But it’s going to happen by the end of the draft for sure.

The Eagles reportedly sought a third- or fourth-round pick for Ertz, who holds the record for the most receptions by a tight end in a season in NFL history (116). 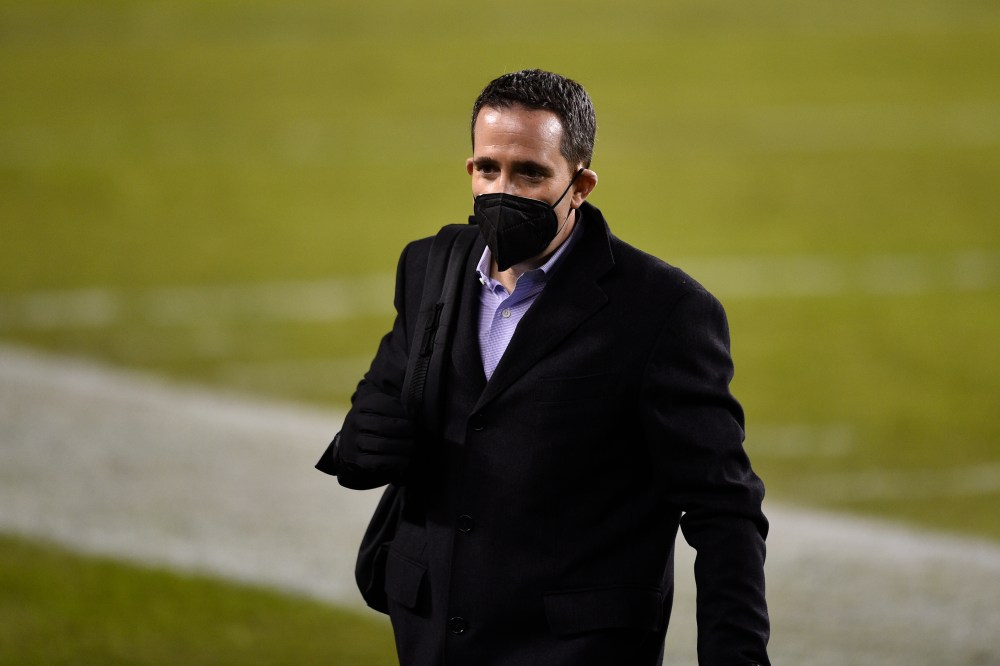 Daniel Jeremiah: Jaylen Waddle would be perfect pick for the Eagles

Daniel Jeremiah on new defensive scheme impacting the Eagles decision at No. 12