After signing Eric Wilson and Jordan Howard, the Eagles have $5,021,321 in available salary cap space for the 2021 season.

The Philadelphia Eagles entered the 2021 NFL offseason some $50 million over the cap, and even with the dead money left from the Carson Wentz trade, Howie Roseman has things trending upwards.

The Eagles added value to the roster with the signing of linebacker Eric Wilson and running back Jordan Howard.

Even with both deals, the Birds still have some breathing room in free agency and have about $5 million in available salary cap.

According to Over The Cap, Howard signed for the veteran minimum, and his deal isn’t guaranteed. 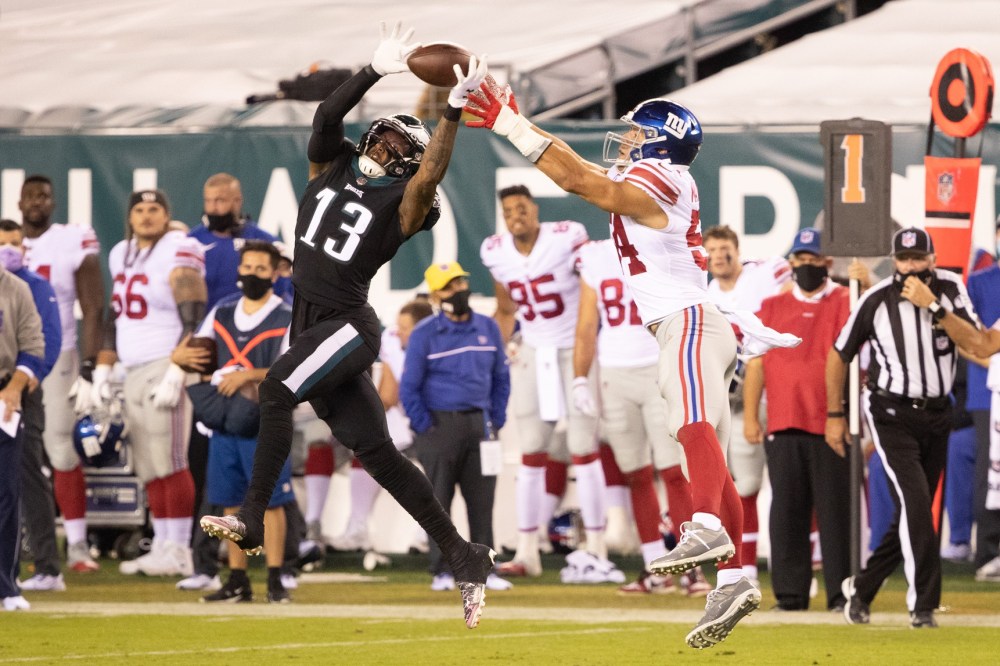 NFL Draft: Eagles looking to trade up and get ahead of NFC East rivals?

NFL Draft: Alijah Vera-Tucker or Rashawn Slater could be an option for the Eagles at No. 12 overall