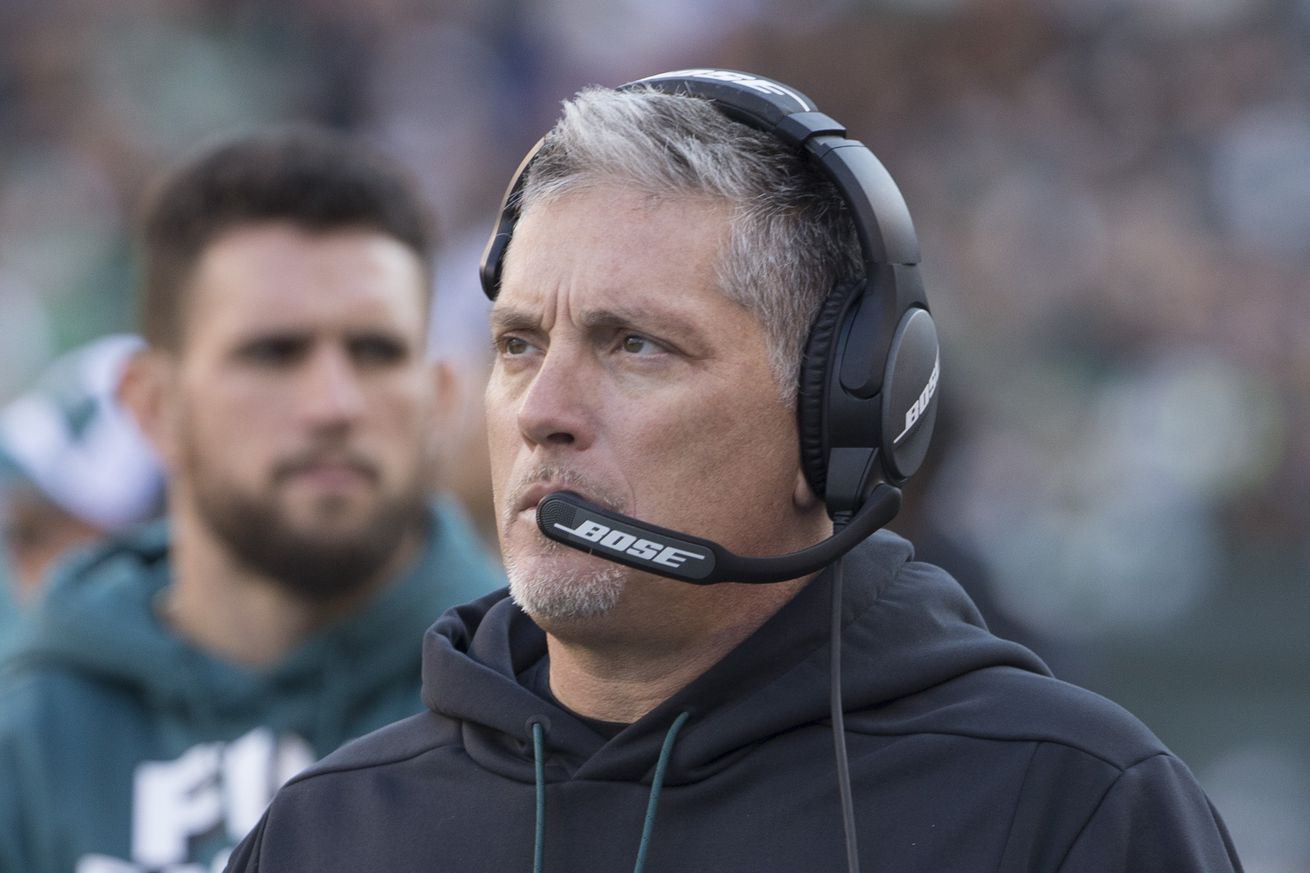 Philadelphia Eagles news and links for 9/24/19.

Let’s get to the Philadelphia Eagles links …

.@lions v @eagles and #JJMcKissic goes for +44 on this reverse against a 10 man defense. 10 MAN DEFENSE! No one sees this from the #Birds? No one? #BaldysBreakdowns pic.twitter.com/lQFiYILNma

[BLG Note: This play occurred after Miles Sanders’ fumble. The Eagles failed to replace an injured Derek Barnett in their defense.]

Eagles open as road underdogs to the Packers in Week 4 and history is not on Philadelphia’s side – BGN
History isn’t on the Eagles’ side when it comes to this setup. The Packers are 49-30-3 against the spread as home favorites since the Aaron Rodgers became Green Bay’s starting quarterback in 2008. That 62% cover rate ranks BEST in the NFL over that span. The Packers are 65-16-1 straight up in those games, which ranks as the second best overall win percentage. And this record is actually hurt by Rodgers missing 10 home games in his career; the Packers are only 3-6-1 in those tilts.

Don’t blame Carson Wentz for that loss to the Lions – NBCSP
Heck, if Nelson Agholor catches that ball down the sideline last week in Atlanta, we might be talking about a 3-0 team. And we’d also be talking about Wentz as a hero for two late-game comebacks. Wentz hasn’t been perfect, but he’s giving his teammates chances to make plays and they’re simply not making them. What else is the guy supposed to do? This probably sounds like I’m being a Wentz apologist, but I just don’t know how anyone can watch that game and pin the loss on him. He’s not playing like Superman, but he’s playing well. In fact, Wentz now has a higher passer rating through the first three games of this season than he did through the first three games of the Super Bowl season in 2017.

Rough Start – Iggles Blitz
I think this team will be fine for a couple of reasons…Doug Pederson and Carson Wentz. The two most important people on a team are the quarterback and head coach. Pederson has established himself as one of the best coaches in the league. He has dealt with adversity in each of his seasons with the Eagles and his teams have responded well. Pederson knows how to scheme up X’s and O’s, but more importantly, he knows how to handle his team’s emotions. As for Wentz, he is one of the better QBs in the league. If his receivers caught key passes the last two weeks, the Eagles might be 3-0. Wentz hasn’t been perfect, but he’s put his team in position to win. He just needs some help from his supporting cast in key moments. I’m not telling you to ignore the problems with this team. The Eagles were supposed to dominate the line of scrimmage. That hasn’t happened. The DL has been disappointing. They have one sack in three games. Beyond that, the pressure hasn’t been good enough. The OL has been up and down. Not good enough.

Let’s overreact to Week 3 in the NFL: Are the Bills for real? – ESPN
The Philadelphia Eagles’ injuries will keep them out of the playoffs. You knew when they switched from practice to a walk-through in the middle of the week because of injuries that things were serious on that front in Philly. Wideouts DeSean Jackson and Alshon Jeffery missed Sunday’s game and are in doubt for their next one, which not-so-conveniently comes Thursday against the 3-0 Packers. Quarterback Carson Wentz made it through the loss to the Lions without any new physical ailment, but that only extends that streak to one game. The Eagles are 1-2 and looking up at the 3-0 Cowboys in their division. The verdict: OVERREACTION. There is too much recent history here of a team that overcomes its issues. Too much good coaching. Too much roster depth. The Eagles are taking their injury lumps right now, but they can’t be ruled out. And even if they can’t get it together in time for Thursday and they fall to 1-3, they’d still have three quarters of a season left to fix it all. They’re not a team to bet against.

The Eagles have been here before. Maybe they’ve earned the benefit of the doubt. – Inquirer
Here is the thing that everyone should have learned about Doug Pederson by now: You underestimate him and his football team at your peril, at a potential cost to your credibility. The Eagles were dead meat after Carson Wentz went down in December 2017. They were underdogs, famously, against the Falcons and the Vikings in the playoffs, and they were deader meat against Bill Belichick and Tom Brady and the Patriots dynasty. They were done for last year after an embarrassing loss to the Saints in New Orleans and an overtime heartbreaker to the Cowboys in Dallas, a game in which Pederson appeared to have lost his gambler’s nerve, the very quality that had given his coaching performance in 2017 its gleam of genius. And without Wentz again, they were roadkill-in-waiting for the Los Angeles Rams in early December – the night, as it turned out, the Eagles began saving their season.

NFL Panic Index: From the Eagles (oof), to the Steelers (welp), to the Jets (oh jeez), assessing the Week 3 damage – The Athletic
Panic level: Fire off irrational tweets. Philadelphia Eagles (1-2): They went into their game against the Lions without starting wide receivers DeSean Jackson and Alshon Jeffery. This was a chance for young players to step up. Instead, the opposite happened. Running back Miles Sanders and wide receiver Nelson Agholor both lost fumbles. Wide receivers Mack Hollins and JJ Arcega-Whiteside each had costly drops late. The defense failed to produce a sack or a takeaway. And the Eagles dropped to 1-2. Over the next five weeks, they have three road matchups against teams that are currently undefeated — the Green Bay Packers, Dallas Cowboys and Buffalo Bills. This is a team that began the season with Super Bowl aspirations but is in bad shape, both from an injury standpoint and a record standpoint (two games behind the Cowboys) going into Thursday night’s matchup at Lambeau Field. Doug Pederson told reporters after the game that this loss won’t define the Eagles, but right now it’s difficult to identify what exactly his team does well.

Penn dean of admissions identified as irate Eagles fan on FOX broadcast – PhillyVoice
That would be Eric Furda, who attended Penn himself and was a four-year letterman on the varsity lightweight football team. He was the team’s captain and MVP during his senior year in 1987. Most people don’t associate Ivy League administrators with vein-popping hysterics, but Furda is a reminder not to stereotype. If you read his lips in the video, it looks like Furda says, “What the f*** are you looking at?” That would imply he was upset with a call or a non-call. (Miles Sanders will surely be looking back at this game with frustration — literally, because his head was completely twisted around on a blatant facemask penalty that wasn’t called, but all he’ll see is two fumbles).

PFF’s NFL Team of the Week: 2019 NFL Week 3 – PFF
C Jason Kelce, Philadelphia Eagles. The result didn’t go the Eagles’ way, but center Jason Kelce was impressive up front. From 47 pass-blocking snaps against the Lions, he allowed just one hurry and produced a PFF run-blocking grade of 75.6. It was his best game of the season so far, and his history suggests we should expect more of the same throughout the season. […] ST Malcolm Jenkins, Philadelphia Eagles. Jenkins almost dragged the Eagles back into the game on Sunday, blocking a field goal and recovering it afterward. It wasn’t to be for the Eagles, but it was an impressive play by the former Ohio State standout.

A to-do list for the Eagles on a short work week – PE.com
The Eagles rank 27th in the NFL with a -2 turnover differential. They’ve taken away the football three times, all interceptions and all in Atlanta. The five giveaways have come in the form of two Carson Wentz interceptions in Atlanta, a fumble in Atlanta, and two lost fumbles on Sunday against Detroit. This is just a number to monitor all season. History says that teams with minus-differentials in the turnover category don’t win in this league. So, yeah, the giveaways have to stop. Just as important, though, is the takeaway number and the Eagles have to generate some pressure to increase that total.

Which Preseason Hype Teams Have the Most Cause for Concern Through Week 3? – The Ringer
Outside of all the injuries, there are concerns about the healthy areas of this roster as well. The secondary was probably Philly’s weakest position group heading into the season, and it’s played out that way through three games. Cornerback Ronald Darby has struggled in coverage so far this season; the once-dominant front four—which is without defensive tackles Malik Jackson and Timmy Jernigan, who both went down with serious foot injuries—hasn’t been able to control games like in years past. Detroit was buoyed by a kick-return touchdown and a 44-yard gain on a jet sweep, but the Eagles defense is still far from the lock-down group it had the potential to be this season. When Jackson and Jeffery return, there’s a good chance the Eagles offense will open up and Carson Wentz will look more like the quarterback we saw in Week 1 against the Redskins. Over the last two weeks, Wentz has tried to carry the offense on his own and has occasionally held onto the ball far too long as he waits for a receiver to pop open down the field. With his top two targets back in the next couple of weeks, this offense should settle back into its normal timing. But the Eagles have already lost plenty of valuable ground in the NFC playoff picture.

Packers, Eagles release lengthy Monday injury reports for Thursday night game – Acme Packing Company
Of the non-participants, one is tight end Jimmy Graham, who fought through an injury to play on Sunday. However, his play raised questions of whether he should have done so, as his only play of consequence was receiving a penalty for holding. The limited participants are a long and notable list. Among those players are critical defensive starters — Kenny Clark and Blake Martinez — as well as the Packers’ two veteran running backs in Aaron Jones and Jamaal Williams. An absence for any of those players on Thursday would be a bad sign against an Eagles team that has a strong offensive line and run game as well as a stout defensive front.

Jay Gruden Presser: Bears blow Redskins out 31-15 – Hogs Haven
The Redskins are 0-3 and got blown out at home ve the Chicago Bears. It was 28-3 at half time and they were able to finish the game with a 31-15 final score. Case Keenum had his first 5 turnovers of the season. Gruden said no QB changes are coming…

Daniel Jones can do the damn thing, even while Saquon Barkley is injured – SB Nation
The Giants were always going to struggle when it came to surrounding Daniel Jones with talented playmakers in his first career NFL start. Golden Tate can’t return to the field until Week 5 thanks to a PED suspension. Sterling Shepard took the field after fighting off a lingering injury that kept him off the field in Week 2. And then, two quarters into Jones’ regular season debut with the first team offense, he lost the one other man strong enough of carrying the entire New York offense on his shoulders. Saquon Barkley left Week 3’s game against the Buccaneers with an ankle injury that kept him out of the second half of Sunday’s contest and threatens to keep him off the field until the second half of Jones’ rookie campaign.