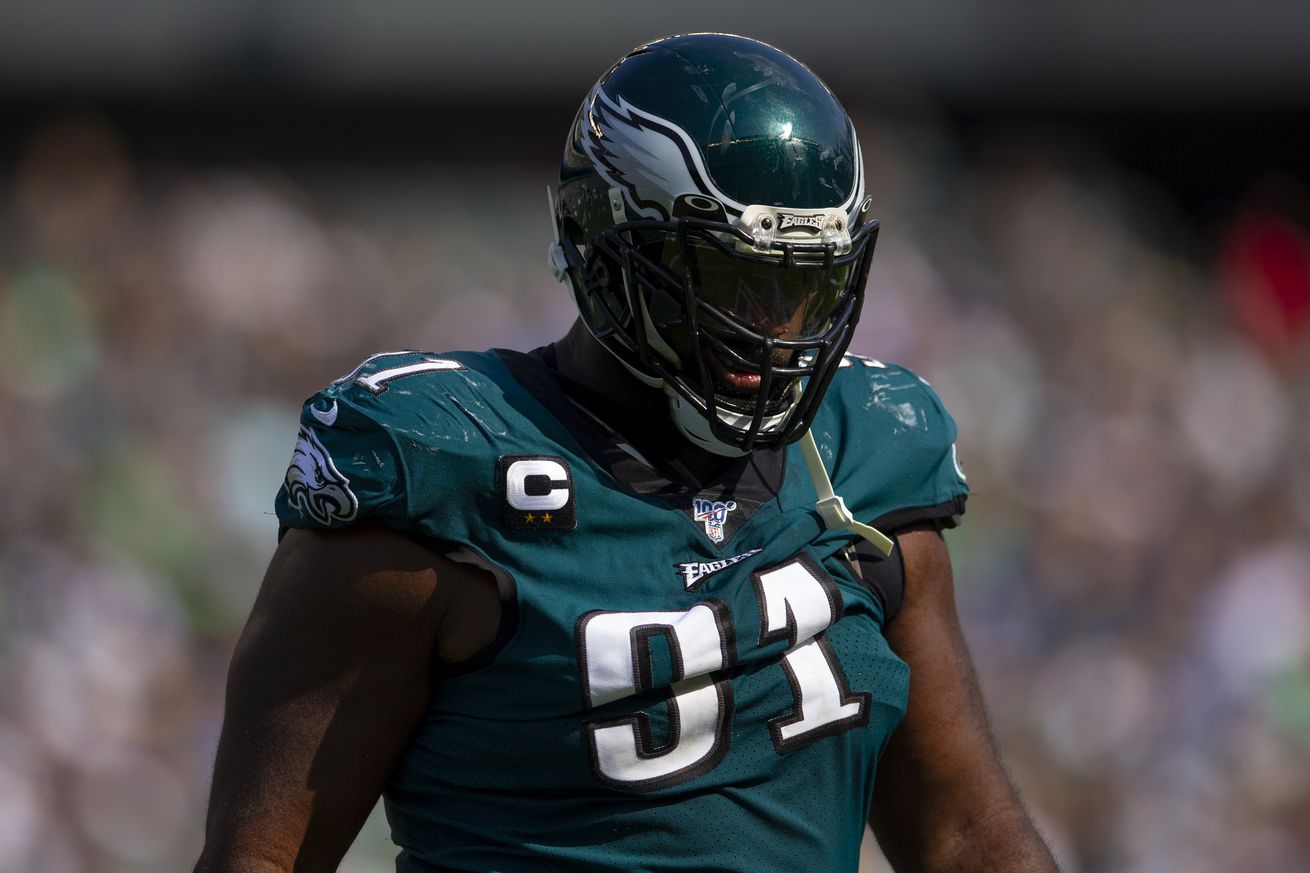 Here’s a breakdown of the snap counts from the Philadelphia Eagles’ 27-24 loss to the Detroit Lions in Week 3 of the 2019 NFL season.

Zach Ertz played 83% of the Eagles’ snaps in Week 1. That’s probably where the Eagles ideally want him. He’s had to play 100% of the team’s snaps in the last two games, though. Another effect of the Alshon Jeffery and DeSean Jackson injuries. Can’t get a breather.

Speaking of missing Jeffery and Jackson, not ideal when Mack Hollins has to play nearly the entire game on offense. Hollins did have four receptions for 62 yards but he hurt the team with two pass interference penalties and a crucial late-game drop.

Before J.J. Arcega-Whiteside’s drop on the final drive, there was this one from Mack Hollins. A catch and the Eagles are in FG range with 1:30 left and a timeout. pic.twitter.com/MF0e4ZcfCE

Nelson Agholor played 80% of the team’s snaps in Week 1 but injuries have clearly forced him into more playing time. He’s repaid the Eagles by making game-changing costly mistakes.

JJ Arcega-Whiteside has logged 135 offensive snaps this season. He has two receptions for 14 yards to show for all that playing time. Abysmal.

Jason Peters had to miss some snaps due to “illness.” (See: hot weather.) Andre Dillard got hurt while filling in for him so Halapoulivaati Vaitai had to play left tackle for a bit. Peters eventually returned to the game.

The Eagles didn’t bench Sanders entirely after his two fumbles on one drive but he did lose some snaps. Sanders is undoubtedly talented but he also has a lot of room to improve. The Eagles might want to rely a bit more on Howard.

Dallas Goedert clearly didn’t look 100% in pregame warmups. The Eagles only used him sparingly. We’ll see if he’s able to handle a bigger workload aganst the Packers on Thursday night.

Alex Ellis only played one offensive snap despite Goedert being banged up. Not a lot of 12 personnel in this game.

Rodney McLeod and Malcolm Jenkins are the Eagles’ only two defensive players who haven’t missed a single snap this season. Especially noteworthy for McLeod since he’s coming off a 2018 ACL injury.

Brandon Graham logged three tackles in his 55 snaps played. No sacks and no quarterback hits. Need more from BLG.

The Eagles introduced Rasul Douglas — not Sidney Jones — with the starting defensive as players ran out of the tunnel. But it was Jones who officially logged the start before rotating with Douglas. Then Douglas and Jones both stayed on the field when Ronald Darby left with an injured hamstring.

Fletcher Cox didn’t log a single stat despite playing 46 snaps. Hard to win with that lack of production from the team’s best overall player.

Derek Barnett missed some snaps with an ankle injury. He logged a single solo tackle and one assisted tackle. No sacks and no quarterback hits.

The injuries to Malik Jackson and Timmy Jernigan have the likes of Hassan Ridgeway and Akeem Spence seeing significant playing time.

L.J. Fort has failed to log a single defensive snap this season. Weekly reminder: the Eagles will lose the opportunity to get a 2020 fourth-round compensatory pick if he’s on the roster past Week 10.

God forbid the Eagles — who are struggling to effectively rush the passer — actually give any snaps to Hall. It’s not like Howie Roseman said something like this about Hall less than a month ago:

“I don’t know that there’s a better young defensive end in football than Daeshon Hall this preseason. He deserves a tremendous amount of credit. He went and worked on his body in the off-season. He came back 30 pounds heavier, and then he proved it on the field.”

It’s also not like Josh Sweat finished the Lions game without logging a single defensive stat.