The 2020 NFL season was supposed to be a breakout campaign for Miles Sanders and although the Eagles running back has had some impressive performances, he’s also struggled to stay on the field at times.

Boston Scott has been solid when Sanders is out, but outside of the duo, the Eagles have relied on the arm of Carson Wentz and during a Friday zoom meeting, head coach Doug Pederson was asked about Sanders being the Eagles workhorse running back.

Pederson highlighted Sanders’ getting the bulk of the touches, but spoke highly of Boston Scott as well and essentially confirmed that he’d like to get other guys involved.

“I would say that’s accurate. We knew when we drafted Miles that he was potentially and still is a guy that could go three downs for us and be a bigger part of our offensive plans. That’s something that we’ve also talked about, I think, in the four, five years that I’ve been here of having that guy that we can rely on that way. Love Boston, love his energy, love what he’s provided for our offense. He’s a spark. Would like to find more ways of getting both of those guys on the field at the same time. I think it’s a dynamic duo with that.”

“And then we know what [RB] Corey [Clement] is about. Corey has been obviously a great special teams player for us and can come in in some situational roles, whether it be red zone, short yardage, four-minute, whatever it is, and get us some valuable minutes, and obviously had a really nice touchdown run last week.”

“I still think the philosophy is running back by committee. However, with Miles and what he’s been able to do, yeah, we’ve given more touches to him.”

If Sanders is, in fact, the workhorse, the lack of carries doesn’t provide credence for the statement and Pederson didn’t sound that way during his Friday zoom meeting, sharing his excitement for Jordan Howard’s return.

“Right now, just obviously got to get him cleared to get him back in the building and put him on practice squad, see where he’s at physically, see where he’s at mentally. I know it didn’t work out for him per se in Miami, but not going to focus on that as much as how he can come in and learn our system and be familiar with what we’re trying to do. I mean, he’s obviously a talented player who has helped us win some games here, and we’re excited to get him back. It adds depth, adds a little value. A veteran player obviously in that room.”

“We’ll see next week and see how he can just continue to help us. But yeah, we’re excited to get him back.”

During his 10 games with the Eagles in 2019, Howard ran for 525 yards and six touchdowns on 119 carries and was thought of as the ‘thunder’ to Sanders’ ‘lightning.’

We could see a return to that strategy with the Eagles searching for an identity on offense in the coming weeks. 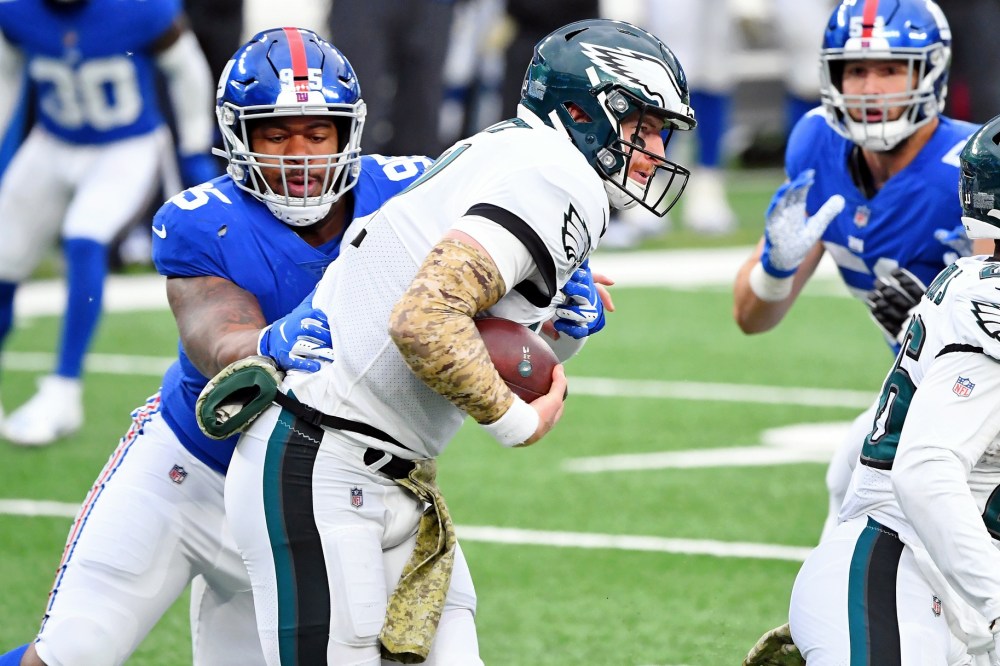