#Eagles coach Nick Sirianni asked if Jalen Hurts is still his QB going forward: “Yeah, of course.” Says he thinks Hurts will be available after the bye but doesn’t want to put a firm timeline on it. pic.twitter.com/lqJRUVpjDZ

Gardner Minshew had a performance for the ages in the Eagles’ 33-18 blowout of the Jets on Sunday, but Eagles head coach Nick Sirianni sent a clear message about the status of Jalen Hurts.

Hurts missed Sunday’s game with an ankle sprain, and after Minshew played a near-perfect game against the AFC East foe, Sirianni let it be known that Hurts is the starter, and there’s no quarterback controversy. 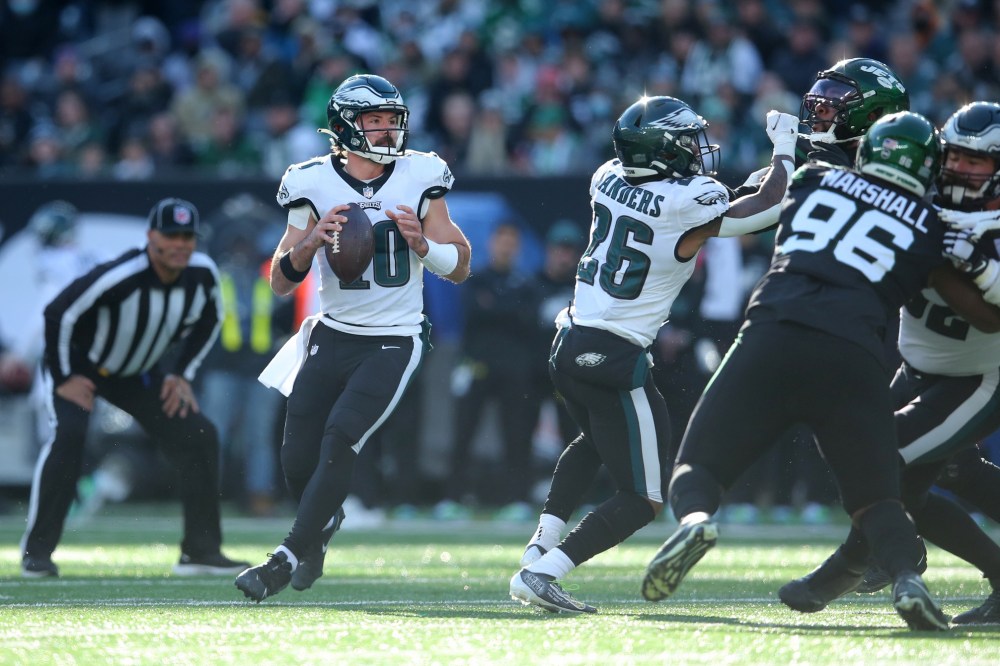 Gardner Minshew, Dallas Goedert connect for 2nd TD of first half vs. Jets