The Eagles have been active this week with phone calls on a potential move-up. Multiple teams in that range think Philly might be trying to get ahead of Dallas for one of the top corners. Some NFC East jockeying going on.

We’re just hours away from the start of the NFL draft and the jockeying for key position has started among the NFC East teams.

The Cowboys, Giants, and Eagles all pick consecutively starting at No. 10 overall and Jeremey Fowler is reporting that Philadelphia is actively working the phones looking to land at No. 8 where Carolina is or at No. 9 where Denver picks.

Whether it’s for Ja’Marr Chase, Patrick Surtain, or Jaycee Horn, Philadelphia will likely need to give up No. 12 overall and potentially No. 70 or No. 84 overall as compensation.

It can’t be ruled out leading into Thursday night’s first round the possibility of any other suitors looking to move up. There is a possibility, perhaps unlikely, that top quarterbacks prospects Justin Fields and Trey Lance fall to 12, and that might bring trade-up candidates like the Patriots and Bears into the mix. 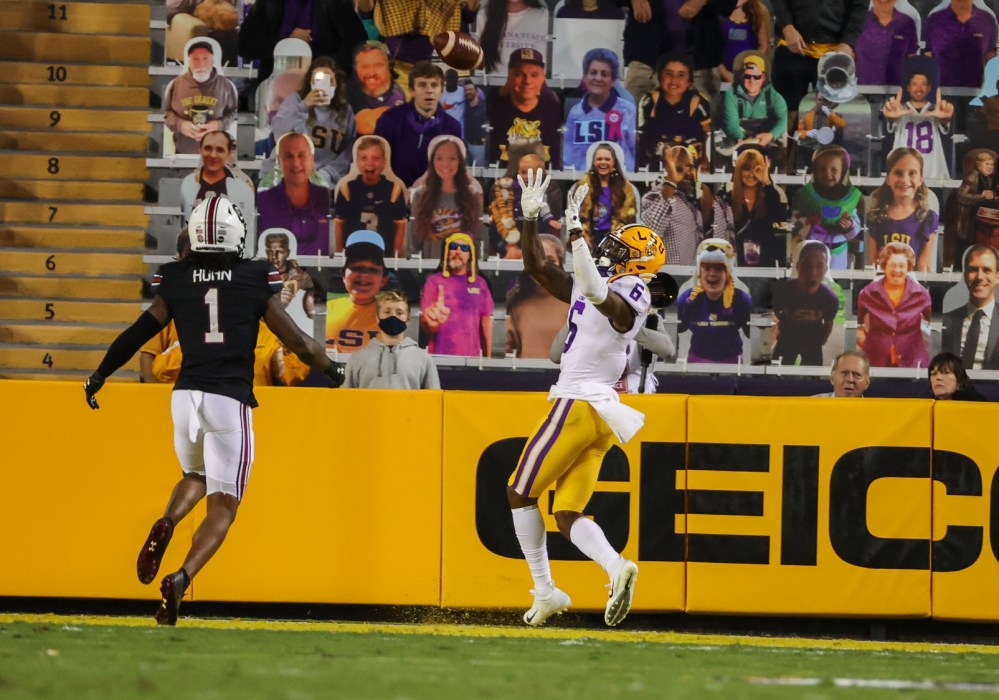 NFL Draft: DeVonta Smith says he would love to reunite with Jalen Hurts

Marvin Harrison comparison should give the Eagles confidence if DeVonta Smith is on the board at No. 12