The Eagles had a somewhat quiet, yet very efficient offseason that resulted in several quality additions to the roster.

Whether it was Eric Wilson, Anthony Harris or Ryan Kerrigan, Philadelphia got better on both sides of the ball, but no addition outweight’s the arrival of a Heisman Trophy winner.

The Athletic recently pick the best offseason moves for all 32 NFL teams, and Howie Roseman’s wheeling and dealiing during the NFL draft was the pick for Philadelphia.

The Eagles’ best offseason move was actually two connected transactions. It was their decision to trade back from No. 6 to No. 12 in the draft, adding a 2022 first-round pick in the process, and then moving up from No. 12 to No. 10 to ensure they landed DeVonta Smith. If the Eagles remained at No. 6 and drafted the Heisman Trophy winner, few would have complained. An argument could have been made for Jaylen Waddle or Penei Sewell, or perhaps even a quarterback, but Smith would have been considered a fine outcome once Kyle Pitts and Ja’Marr Chase were off the board at Nos. 4 and 5. So for the Eagles to still land Smith and the first-rounder next year should be considered a boon. Smith steps in as the Eagles’ No. 1 receiver and will be needed to jump-start an underachieving receiving corps. And if Jalen Hurts doesn’t prove to be the team’s long-term answer at quarterback, then the pick the Eagles acquired could be used to help land a quarterback next offseason. — Zach Berman

The extra 2022 pick really becomes valuable if Hurts develops into the accurate passer that Howie Roseman is banking on. Such a progression would allow the Eagles to draft the best available talent, dictate the draft board or make a splashy move next offseason. 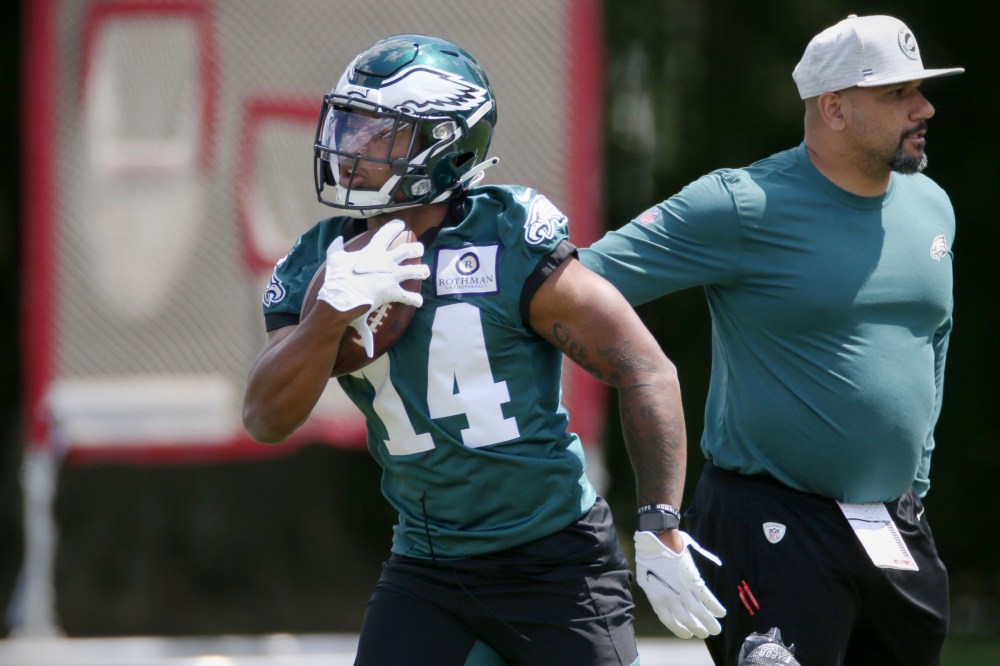