It was a wonderful sight amongst Philadelphia Eagles fans on Sunday who watched Jalen Hurts smoothly take over as the franchise quarterback role for a team badly in need.

The second-year QB, or as we can now say, “Carson Wentz’s successor”, threw for 264 yards, three touchdowns on 27/35 passing, and finished with a 126.4 QB rating against Atlanta.

He would also rush for 62 yards on the day.

Hurts looked better than average; equating himself like a starting quarterback with something to prove to the skeptics. Using his ability to scramble out of the pocket to evade Atlanta’s blitz packages and pass-rushing attempts, Hurts was patient while using his eyes to scan the field and find all of his weapons while maintaining poise in the pocket.

Now comes the interesting part in seeing if the Eagles’ starting QB can maintain this level of play on a consistent basis. The Atlanta Falcons defensive unit is known for giving away a ton of points, as their defense was ranked by Pro Football Focus as No. 31 for 2021.

This Eagles team will match up against defenses way tougher than they played against today and that dual-threat versatility is what we need to keep seeing, as well as the ability he showed in keeping himself at low risk in an RPO scheme when scrambling.

Throwing for 77 percent of his passes with no fumbles or interceptions — Hurts understood the assignment and ran the RPO eloquently. The RPO is what does well and credit Nick Sirianni for tailoring the offense towards Hurts’ most positive skill sets.

Coming up against the San Francisco 49ers in Week 2, we can expect their defensive scheme to hone in on Hurts more efficiently.

A QB willing to use his legs to go with a poised presence in the pocket that finds a multitude of weapons all over the field — this is the Eagles’ guy moving forward, and there is no denying that. 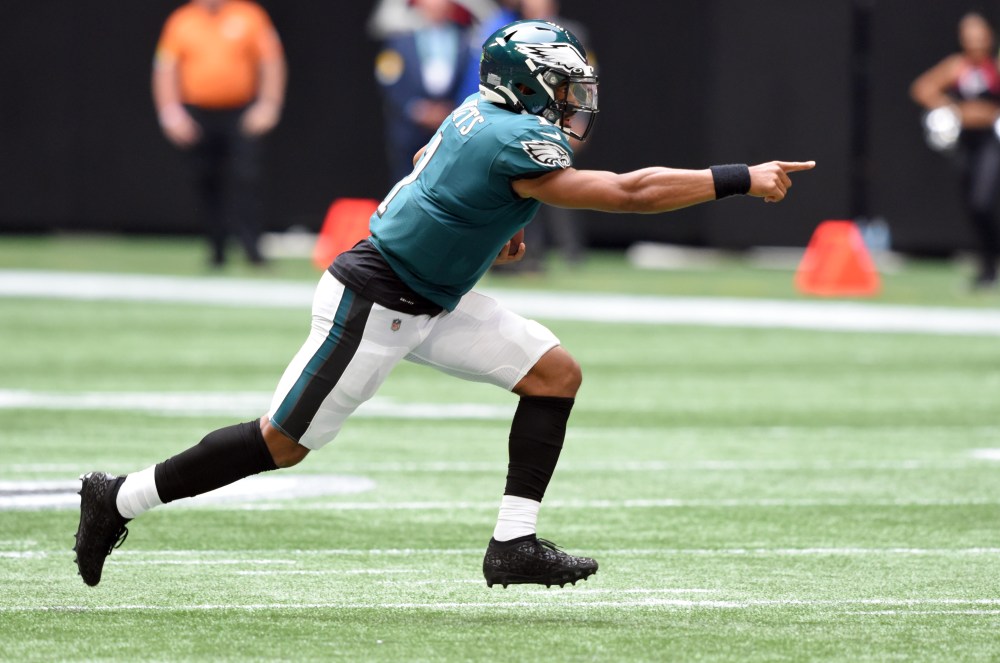