In the wake of Malik Jackson‘s season-ending injury, the Eagles are adding some reinforcements on the defensive line. The team is signing veteran defensive tackle Akeem Spence to a one-year deal, a source told Mike Florio of ProFootballTalk.com (Twitter link). 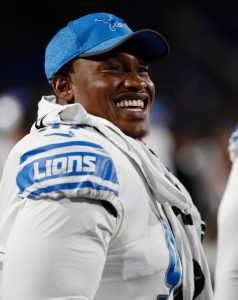 Spence had been with the Dolphins in camp, but didn’t survive final cuts. He originally entered the league as a fourth-round pick of the Bucs in 2013, and has a good amount of starting experience. He signed a three-year, $9MM deal with the Lions in 2017, but was traded to the Dolphins after just one season. He spent 2018 in Miami, and ended up starting all 16 games for them. For his career, he has 179 tackles and 10.5 sacks in 88 games and 57 starts.

The loss of Jackson was a tough blow, but the Eagles still have a very solid defensive interior. They have one of the league’s best defensive tackles in Fletcher Cox, and Timmy Jernigan should step up and play a bigger role in Jackson’s absence. Ideally, Spence won’t be much more than depth this season.