Landon Dickerson declined to set a timetable for his return or that he would be ready by Week 1: pic.twitter.com/SGGFvO1X2e

Lost in the controlled chaos of Eagles roster cuts, was the arrival of Landon Dickerson to team practice as he prepares to come off the injury report.

Dickerson was activated off of the NFI list and as the monster offensive lineman prepares to make his mark on the league, the former All American is noncommittal on his status for the season opener at Atlanta.

Dickerson tore his left ACL in Alabama’s 52-46 win over Florida in the SEC championship game.

A likely first-round pick if not for the knee injury, Dickerson is listed as the backup center behind Jason Kelce but could give Isaac Seumalo competition at left guard as well. 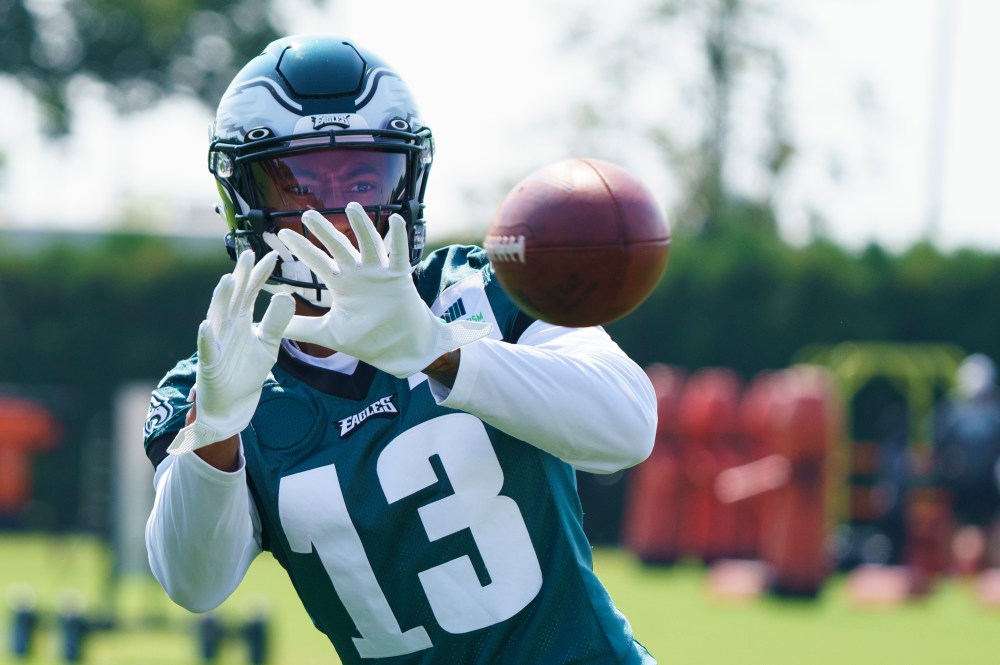