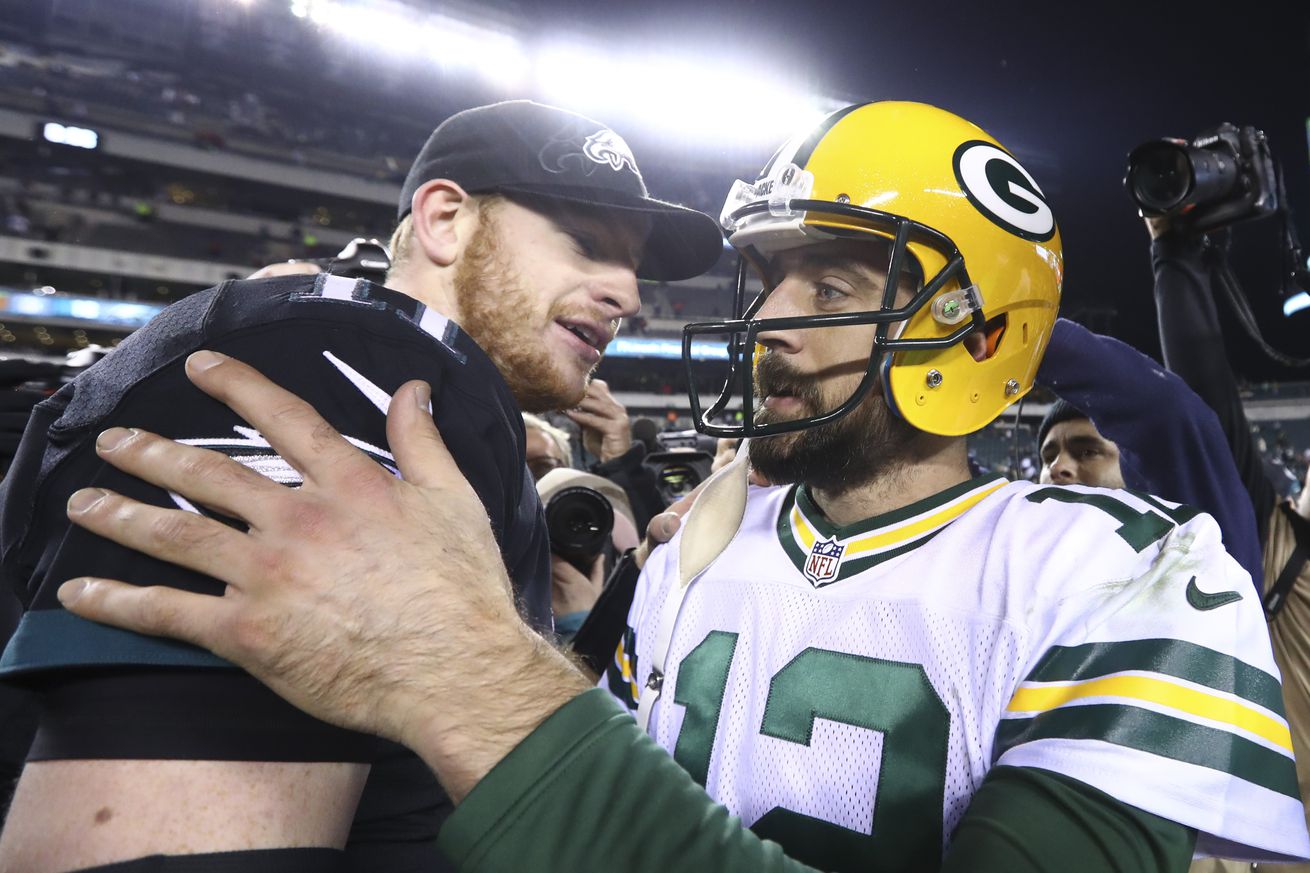 The Philadelphia Eagles won’t have much time to sulk about their frustrating Week 3 loss to the Detroit Lions. The preparation for their Week 4 Thursday Night Football game against the Green Bay Packers begins today.

The Eagles’ backs are up against the wall. They’re 1-2 heading to Lambeau Field to take on an undefeated Packers team. It’s no surprise, then, that the Eagles are underdogs this week. As seen on SB Nation’s odds page, the Packers are favored by 4.5 points, which is slightly more than the typical 3-point home team line.

History isn’t on the Eagles’ side when it comes to this setup. The Packers are 49-30-3 against the spread as home favorites since the Aaron Rodgers became Green Bay’s starting quarterback in 2008. That 62% cover rate ranks BEST in the NFL over that span. The Packers are 65-16-1 straight up in those games, which ranks as the second best overall win percentage. And this record is actually hurt by Rodgers missing 10 home games in his career; the Packers are only 3-6-1 in those tilts.

So … is there any hope for the Eagles? Well, nicely enough, they’re 6-9 straight up as road underdogs since the Carson Wentz and Doug Pederson eras began in 2016. That’s the 10th best winning percentage in that span. The Eagles are only 8-7 against the spread in those 15 games, which is tied for the 14th best cover rate.

It’s hard to feel great about the Eagles in this one. They’re probably still going to be without DeSean Jackson and Alshon Jeffery, which we’ve come to learn is a pretty big deal. Nelson Agholor has been an utter disaster as the team’s No. 1 receiver and Carson Wentz’s other receiving targets haven’t been much better at catching the ball. Even if the Eagles’ offense can manage to get out of their own way, they’ll be facing a tough and improved Packers defense. It’ll be difficult to outpace the kind of production that Rodgers should be able to put up against a Jim Schwartz defense that’s struggling to generate sacks.

I don’t think the Eagles will get totally blown out because Wentz has been playing well, Doug Pederson’s teams fight hard for him, and the Packers have had some offensive issues of their own under Matt LaFleur. But I do like Green Bay to win this game and I definitely think they can cover.