HURTS AND SIRIANNI HAVE A HANDSHAKE. EAGLES FOOTBALL IS FUN AGAIN. pic.twitter.com/jHS1eAg8iS

One of the perks of Nick Sirianni being such a young head coach is the instant connection he has with second-year quarterback Jalen Hurts. Sirianni is still young enough and in tuned with the culture to have a strong mutual rapport with his starting quarterback.

During his Sunday’s 32-6 season-opening victory against the Falcons on the road, Hurts and Sirianni shared a unique handshake in the video from The Philly Pod.

The Eagles head coach attributed that to copying the same handshake he does with his son after he does something good.

Hurts isn’t a child, but Sirianni’s approach to building trust and transparency can only lead to bigger and better things with his quarterback. 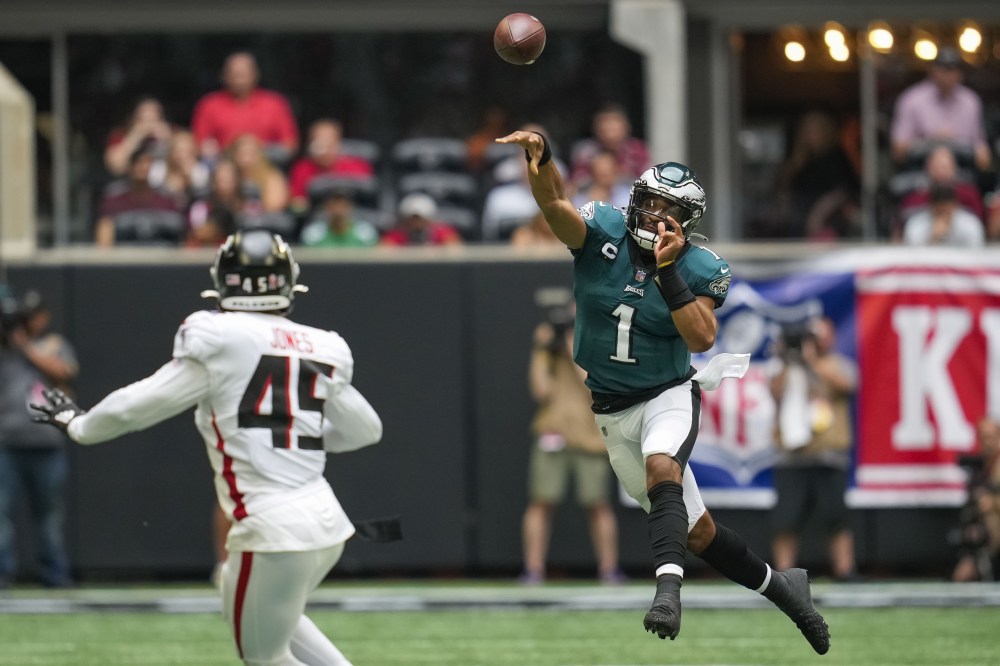 Eagles TE Zach Ertz questionable to return vs. Falcons with a hamstring injury