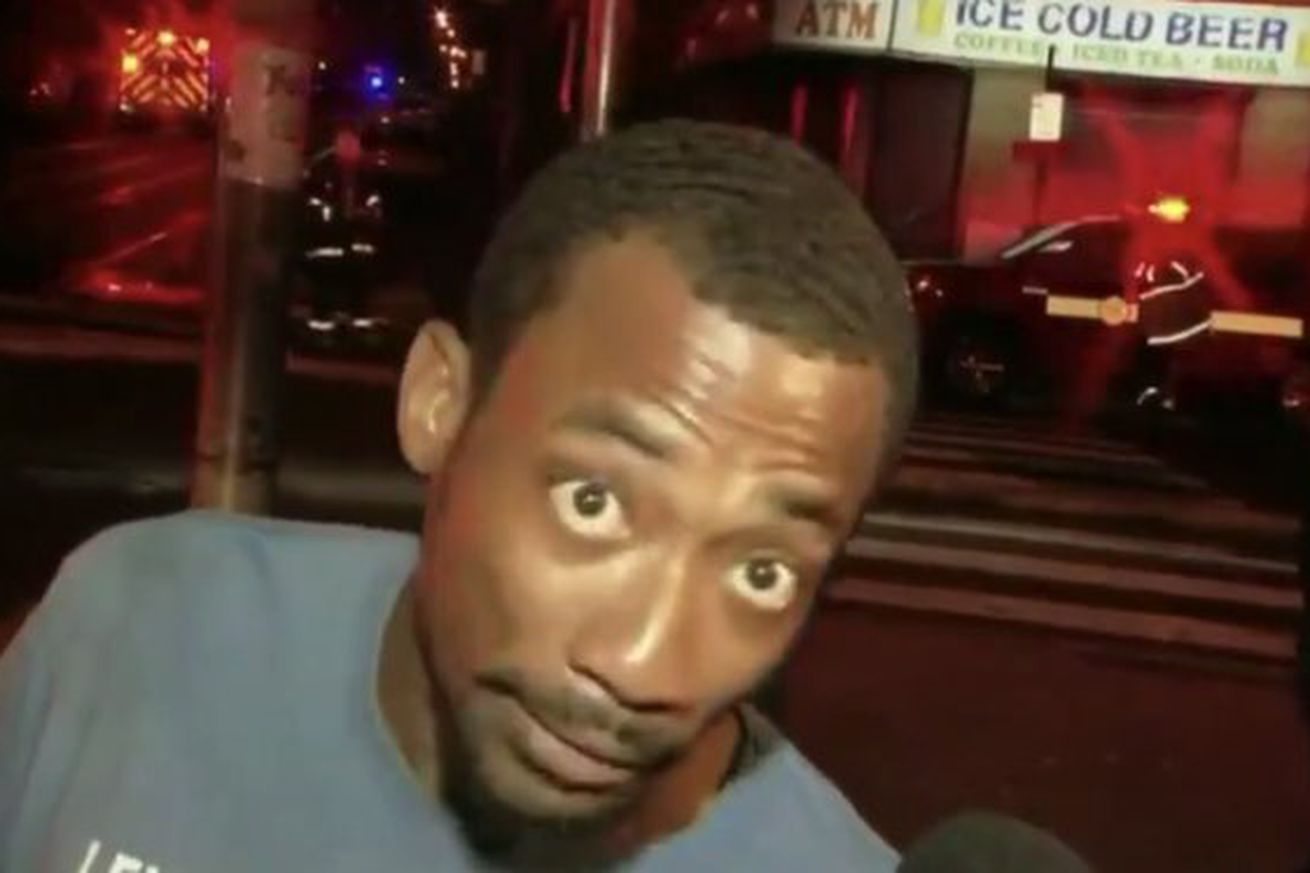 UPDATE: Nelson Agholor has responded to this clip by offering the interviewee tickets to the Eagles’ next home game at Lincoln Financial Field. Nice move by the wide receiver.

Thank you for being a hero in the community, would like to invite you and your family to the next home game

Twitter help me out and get me in touch with him https://t.co/uqML3eJ0QT

There are heroes everywhere. Including this gentleman, who bravely rescued children from a building that was one fire — and then threw shade at Philadelphia Eagles wide receiver Nelson Agholor during a news interview. Via CBS Philly:

The most Philly soundbite goes to this guy who helped catch children thrown from a window during a fire. pic.twitter.com/3rH69gU2fL

“My man just started throwing babies down, but we was catching them — unlike Agholor, and his mishaps.”

His stare into the camera at the end. God I love this city. pic.twitter.com/TBTeqshrFs

I mean, this man deserves a slow clap for that.

Agholor may have made some redemption catches following some big drops and mistakes the past two weeks, but it seems safe to say that Eagles fans aren’t going to be very quick to forget the struggles. Which should come as exactly no surprise to anyone who has ever talked to an Eagles fan.