DeVonta Smith said when he was recruited to Alabama, Jalen Hurts was the player trying to convince him to come. “That’s my guy,” Smith said. pic.twitter.com/STn8CnykSV

The Eagles got the man Jalen Hurts refers to as the “smooth criminal” after Philadelphia traded up to snag DeVonta Smith in the NFL Draft.

The smooth route runner was asked about Hurts after being selected by the Eagles and Smith was quick to reference his former Alabama teammate playing an integral role in the Louisiana native landing in Tuscaloosa.

Earlier this week, Smith openly talked about catching passes from Hurts on the Eagles.

DeVonta Smith and Jalen Hurts have won games before.

“It would be great (to catch passes from Hurts again). Jalen is a very talented QB and I’d love to play with him. He is a competitor and going to give you a chance to win every game.” #Eagles https://t.co/nEeUxXgNBe pic.twitter.com/NYDd0sZ5KR

As a freshman, Smith caught the game-winning touchdown from Hurts with just 25 seconds left against Mississippi State.

Instant analysis of Eagles picking DeVonta Smith in the first round 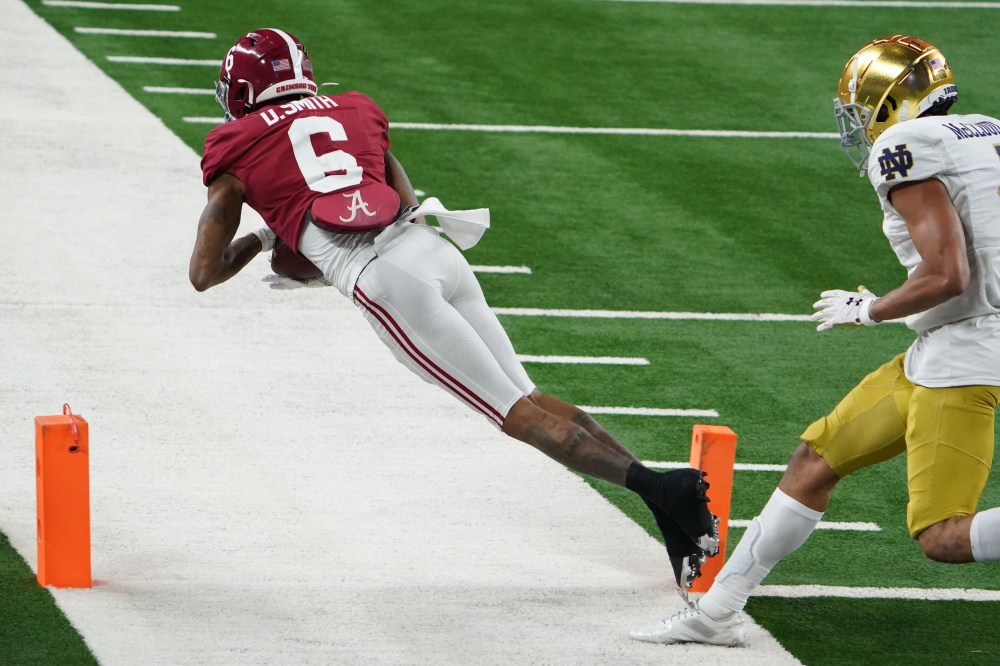 Philadelphia Eagles select WR DeVonta Smith at No. 10 overall in the NFL draft