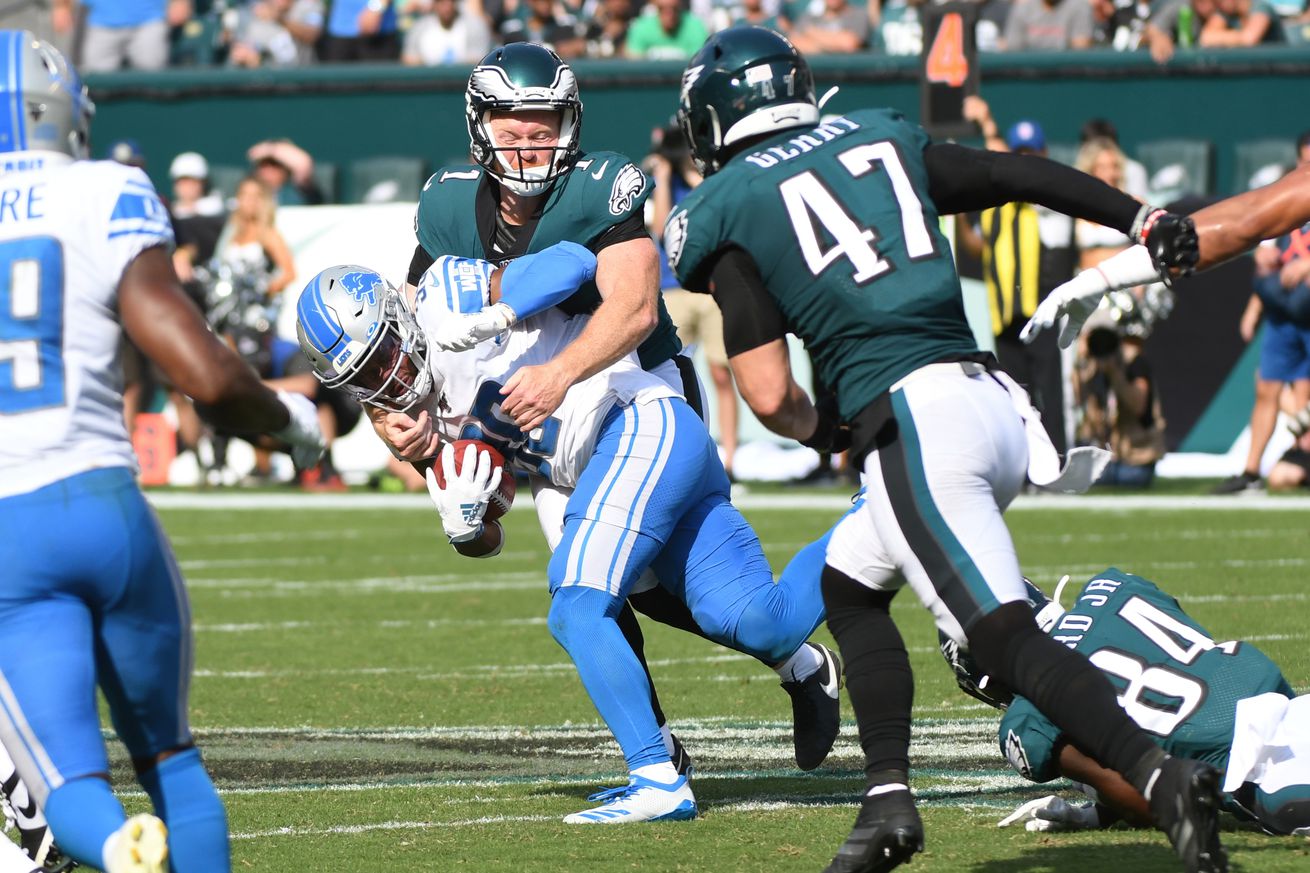 There sure was a lot of ugly for the Eagles in Week 3 against the Lions, but one of the bright spots through three games this season continues to be punter Cameron Johnston.

He totaled 144 yards on three punts on Sunday (averaging 48.0 yards per punt), including a 50-yard kick pinning Detroit near their endzone, and another 57-yard long. Johnston followed that up by making a big tackle on a 48-yard run back by Jamal Agnew.

On the season, Johnston has 10 punts for 507 yards, averaging 50.7 yards per boot, and five punts landing within the 20 yard line. He didn’t have any competition for the roster spot this offseason, and it’s easy to see why. He’s taken the coaching staff up on their challenge to continue to expand his repertoire with different types of kicks and positioning, and has thus far excelled.

Heading into this Eagles-Lions matchup, Johnston was not only having a great season, but is notching an even better career.

Cameron Johnston’s hot start this year [51.9 average] has moved him into the all-time #1 spot in NFL history in punting average.

So, while Doug Pederson and both Mike Groh and Jim Schwartz continue to emphasize contributions on special teams being factors into roster spots, the punting situation isn’t something they have to worry about.

And considering the first Lions’ possession resulted in a 100-yard kick-off return for a touchdown, Johnston’s tackle late in the game proved he can do more than just punt and is a well-rounded contributor on special teams.

Although, that shouldn’t be all that surprising following the 2018 season, in which he had an incredible 81-yard punt during the preseason, and LAID OUT Saints running back and punt returner Alvin Kamara — and got in his face about it afterward, like a true Philly legend.

The entire Eagles team might not be worth bragging about at the moment, but we can always boast about the punter!