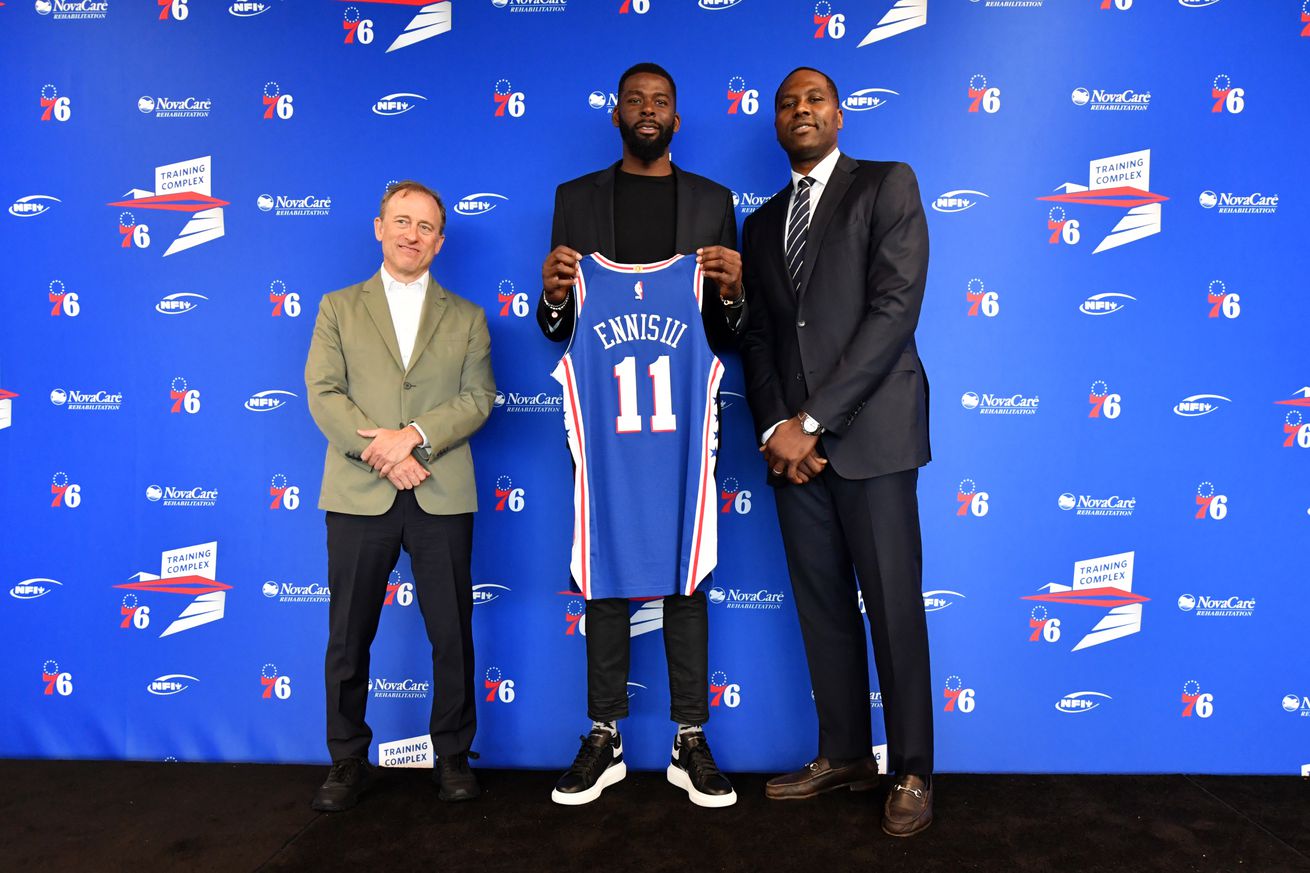 Before James Ennis walks to the Finals, he walks onto the court with our Sixers Blue squad

Training camp is less than two weeks away, but before we see a 25-pounds-lighter Joel Embiid and the rest of the Philadelphia 76ers back on the court, we still have the home stretch of our intrasquad fantasy draft to conclude. James Ennis was the convincing winner of our previous vote, receiving the nod from 48 percent of respondents.

Ennis joins the Sixers Blue squad, joining forces with Tobias Harris and Al Horford on what has become the veteran group in this exercise. Even in this hypothetical tournament, given what went into Ennis’ free agency decision, I know winning is a top priority for the 29-year-old wing.

I’ll never get tired of seeing “championship contender” associated with the Philadelphia 76ers. Not long after signing, Ennis made some uber-confident comments to The Inquirer’s Keith Pompey that caught people’s attention:

“The East is going to be wide open. We had a good chance last year. Kawhi is gone. He went to the West. So we are going to walk to the Finals in the East.”

It’s not quite a “Dream Team Eagles”-level prediction, but “walk to the Finals” is pretty close. Points for bravado, if nothing else.

In our tournament here, Ennis slots in seamlessly next to two players in Harris and Horford who are comfortable initiating the action. Having never averaged more than 2.3 assists per game in his career, Ennis can spot up from 3 or put his head down and drive to the rim, with not much diversity in-between. However, his ability to defend multiple positions and crash the offensive glass makes him a valuable glue guy, both for the real-life Sixers and the Sixers Blue squad.

Now, this next selection represents your last actual say in who joins Sixers Blue, as the fifth man on the unit will be whichever member of the team is our version of Mr. Irrelevant from the 15-man roster.

Who should join Tobias Harris, Al Horford, and James Ennis on Sixers Blue?