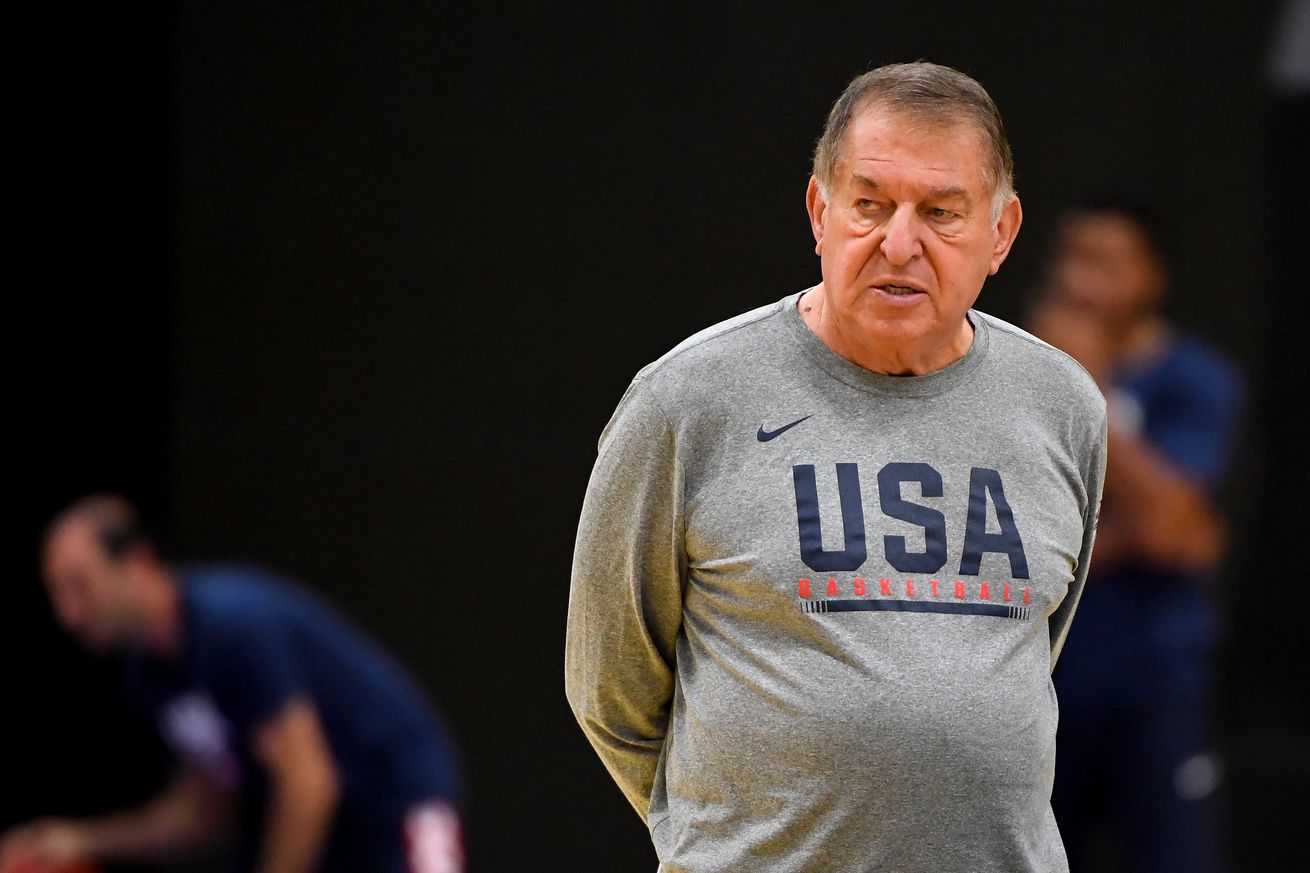 With a bungled attempt at revenge, Jerry Colangelo has become the first member of his family to ever make a mistake.

At last, we’ve done it. I was beginning to think no such thing existed, but nearly four years after the Colangelos first became involved with the Philadelphia 76ers, we’ve finally found a flaw in a member of their family. Truly, this is shocking stuff. They all just seemed so perfect.

Take Bryan Colangelo, for instance. He was a brilliant basketball executive, bringing in studs like Sergio Rodriguez, Gerald Henderson, and Jerryd Bayless who never would have wanted to come play for Scam Hinkie. He wears bigger (clearly superior) collars. And talk about a great husband — this guy keeps no secrets from his wife, not even Jahlil Okafor’s medical history.

While we’re on the subject, his wife, Barbara Bottini, is flawless too. Elite Twitter fingers? Check. Selflessly spends hours each day defending her middle-aged husband from internet trolls? Check. Counterintelligence expert specializing in factory resets? Check. She literally does it all.

Then we come to Bryan’s father, Jerry Colangelo. For a while, he seemed just as impeccable as the others. He was the engineer behind the legendary Ish Smith trade. He marvelously executed a general manager search, interviewing countless candidates before ultimately hiring the best one (his son). Looking at everything this family is capable of, I know it was a shock to all of us when it became clear Jerry is not good at getting revenge.

It all started when Bryan was wrongfully fired for “nothing that he did.” In return, Jerry, being the supportive father he is, threatened to ruin the Sixers’ relationships around the league. Considering his record of zero failures, we all had to assume Philly was screwed forever. But during his revenge tour, Jerry couldn’t get anything to go the way he’d hoped.

The troubles started when all the influence Jerry had around the league turned out to be imaginary. Despite his best efforts, he couldn’t convince an astonishingly long list of basketball players to play for Team USA in the 2019 FIBA World Cup. (Showing off his Sean McVay-level memory, Jerry has vowed to remember every name in this entire group.)

Without the clout to sway superstars, Jerry’s path to damaging the Sixers’ relations seemed blocked. But to his credit, he thought outside the box and found a detour. Needing to both build a quality basketball team and get back at the Sixers, he prudently looked to Danny Ainge as an example.

Ainge, the brilliant Boston Celtics GM, recently invented the philosophy that having great players is actually bad. He has built a winning team choosing good players like Jaylen Brown over great players like Jimmy Butler, Paul George, and Kawhi Leonard. Sometimes he even chooses bad players over great players, like when he signed Enes Kanter instead of trading for Anthony Davis. With other options off the table, this was something Jerry could try.

He got together a team of Sixers rivals. He mixed in some good players, like the Celtics’ quartet of Kemba Walker, Marcus Smart, Jaylen Brown, and Jayson Tatum. Staying true to Ainge’s values, he even put one bad player, Donovan Mitchell, in the starting lineup. If this team succeeded, the Sixers would look outmatched by their adversaries on the court and in the front office.

The tournament started out a little shaky when Team USA needed free throw luck and overtime just to get past 76ers’ 15th man Furkan Korkmaz and Turkey. Then things fell apart altogether when Jerry’s group got collectively deuced on by Frank Ntilikina in a loss to France. A second loss to Serbia led to a seventh-place finish, worst in Team USA history.

Jerry Colangelo’s remarkably botched revenge tour actually had the opposite effect, as the Sixers are now in even better league standing by virtue of their rivals being embarrassed on an international stage. In his effort to tear the franchise down, he’s actually made it stronger. Thanks, Jerry!